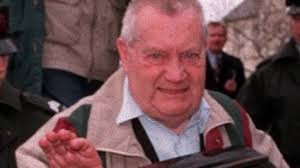 The hearings are resuming this morning at Banbridge courthouse by a panel chaired by former High Court judge Sir Anthony Hart.

Today’s evidence will focus on Nazareth House on the Ormeau Road which was a home for young girls.

It will also hear evidence about Nazareth Lodge on the Ravenhill Road which looked after young boys.

One victim will tell how he was abused at Nazareth Lodge by paedophile priest Fr Brendan Smyth, one of Ireland’s most evil clerical child sex abusers.

The man will claim Smyth, who died in 1997, was “enabled” to abuse him by staff at the Nazareth Lodge orphanage on the Ravenhill Road, where the predatory priest was a regular visitor.

The victim will tell the hearing: “I was just one of potentially thousands of children abused by that one man alone. He made use of a bedroom at Nazareth Lodge and took children in all the time to be abused.”

He has described how evil Smyth came across as “kind” – offering sweets and money to his victims – compared to the barbaric behaviour of the home’s staff, which was comprised of nuns.

But once alone with children he committed vile acts of abuse that have haunted his victims.

“Smyth had no connection to Nazareth Lodge,” said his victim, “yet he was provided a bedroom in which he did what he wanted, and staff sent us to see him.”

The HIA inquiry is take evidence from 300 victims of both physical and sex abuse at institutions in Northern Ireland.

The panel has travelled to Australia to take evidence from victims.