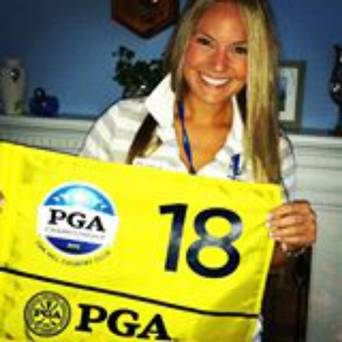 WORLD NO 1 golfer Rory McIlroy took his new birdie with him to see in 2015.

Rory, 25, from Holywood, Co Down, is said to have rang in the New Year with 27-year-old blonde beauty Erica Stoll.

She is the Professional Golf Association employee who famously came to his rescue at the Ryder Cup in 2012.

After they enjoyed a stint in Dublin together, they are believed to have made a trip to the Ashford Castle, in Co Mayo where they celebrated New Year’s in lavish fashion at the plush venue.

During their stay in the capital, they took up residence in the penthouse of The Westbury Hotel and earlier in the week, he was spotted enjoying drinks at trendy hotspot Peruke & Periwig.

Their romance is still in the early stages as the couple have been quietly dating for nearly three months.

In 2012,  Rory, narrowly avoided missing disqualification after mixing up his tee time and was given a police escort to the course after Stoll came to his rescue.

A source close to McIlroy previously explained that the story couldn’t have had a better ending as their friendship turned to romance two years later.

“Rory and Erica obviously have been linked in the headlines for all the right reasons already but they seem to have hit it off even more since. It’s been kept quiet but they have stayed in contact and they meet up when he is in America,” the insider said.

“The fact that she has a big interest in golf is an important factor – and it’s not just a case that she has sparked an interest in the game since meeting Rory. In fact she is every bit as obsessed with golf as him.”

Last New Year’s, Rory proposed to his ex-girlfriend, tennis player Caroline Wozniacki, but they split in May.

In December, Rory was left a little red faced at Ulster Rugby’s Kingspan stadium in east Belfast the ground resounded to the song ‘Sweet Caroline’!