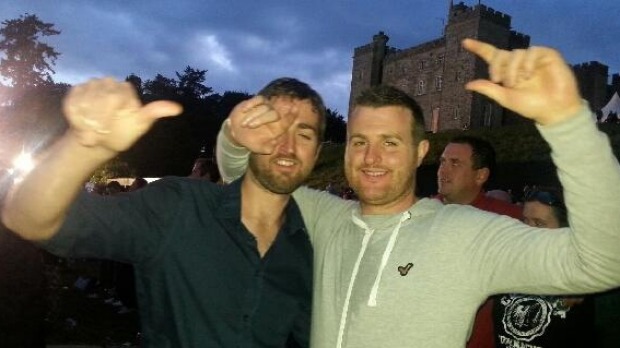 A NORTHERN Ireland man could escape the mandatory minimum prison sentence of four years for a drink-related assault on his younger brother in Australia.

Barry Lyttle, 33, appeared in court in Sydney yesterday charged over the ‘one-punch’ attack to the head of his younger brother Patrick outside a nightclub following an argument.

He had only arrived Down Under three days earlier with his father to visit Patrick.

Police in Australia said that alcohol was a not a major contributory factor in the attack that happened in Sydney’s Kings Cross district.

Officers say CCTV footage appears to show the siblings having a “minor” argument before Patrick pushes his older brother, who reacts by throwing a punch.

Superintendent Michael Fitzgerald said alcohol was not an aggravating factor and it was a “family tragedy that has happened to occur on our streets”.

However, it has now been revealed that Barry Lyttle’s blood alcohol reading was very low at 0.079 milligrammes.

This is the below the minimum threshold of 0.15 milligramme – three times Sydney’s drink drive limit – which is needed to prove that he was drunk or intoxicated at the time of the assault.

If his blood alcohol reading had been 0.15 or above, Barry Lyttle would have faced the minimum term of four years in jail for assaulting his brother while intoxicated.

Now his lawyers will be able to use his 0.079 blood-alcohol reading to show that he was not drunk at the time of the attack, which would substantially reduce any prison sentence the court would impose if he admits tot he assault.

During his first appearance at a bail court on Saturday, he sobbed in the dock as the charge of recklessly causing grievous bodily harm to his kid brother.

While in custody, his elderly father has kept a constant vigil at the hospital bedside of his son Patrick who is in a critical but stable condition.

Following the incident, Patrick, who had been in Australia since June touring the country, was admitted to St Vincent’s Hospital where he underwent an operation to relieve the pressure and swelling on his brain.