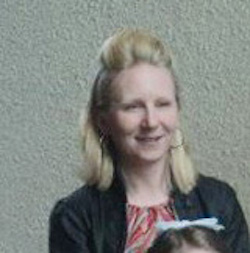 GLOWING tributes have been paid to the young woman killed in a road traffic accident in the early hours of New Year’s Day.

Sheena Stewart was a 33-year-old mother of three children.

Gardai believe she may have tripped and fallen into the path of an oncoming taxi.

Ms Stewart had been living in Letterkenny where she was a valued volunteer for the local charity Cara House.

Susan McCauley, co-ordinator of Cara House said Sheena would be sorely missed by all those who knew her.

“Sheena has been a valued volunteer in Cara House for more two years, coming in and helping in the kitchen every Monday and Tuesday,” said heartbroken Susan.

“She was so reliable, thoughtful and willing to do anything she saw was needed. She was a valued member of staff. She will be sorely missed. Our thoughts are with her family and friends on their sad loss.”

The taxi minibus driver was unhurt. He and passersby had tried to resuscitate Ms Stewart.