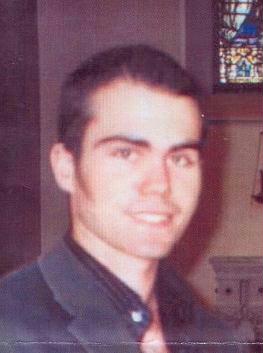 Martin Kelly has been missing for the past eight years

POLICE investigating the disappearance of Martin Kelly eight years ago today renewed an appeal for information.

Martin Kelly from Kinnegar Drive, Holywood, Co Down, was last seen by friends at a bar in Garmoyle Street in South Belfast on New Year’s Day 2006.

Martin, who is about 6ft 1in tall and of slim build with short dark hair, was wearing a black ‘Guinness’ T-shirt and blue jeans.

On New Years Day, he and his friends went to Pats Bar in Garmoyle Street to watch a football match.

The friends left and Martin remained in the bar talking to other customers.

He left at about 7.10pm and hasn’t been seen since.

“Officers would appeal to anyone that may have information in relation to Martin Kelly’s whereabouts to contact detectives at Musgrave on 101 or alternatively information can be provided through independent charity Crimestoppers on 0800 555 111.

If anyone is uncomfortable contacting either of these organisations they can also speak confidentially to registered charity Missing People on 116 000 and quote reference number 06-000428.

“Police remain committed and determined to discovering what happened to Martin and to bringing closure to his family.

“Detectives will continue to follow up all new lines of enquiry and any new information.”

DCI Colin Gillis added: “Police investigating Martin’s disappearance carried out searches on land and on the water and deployed the diving team and air support team in these searches.

“We have also undertaken extensive enquiries but despite conducting a wide range of interviews and reviewing all available CCTV relating to the incident, Martin has not been located.

“We would reiterate our appeal for anyone that may have information in relation to Martin Kelly to contact detectives at Musgrave Police Station on 101 or independent charity Crimestoppers on 0800 555 111.”