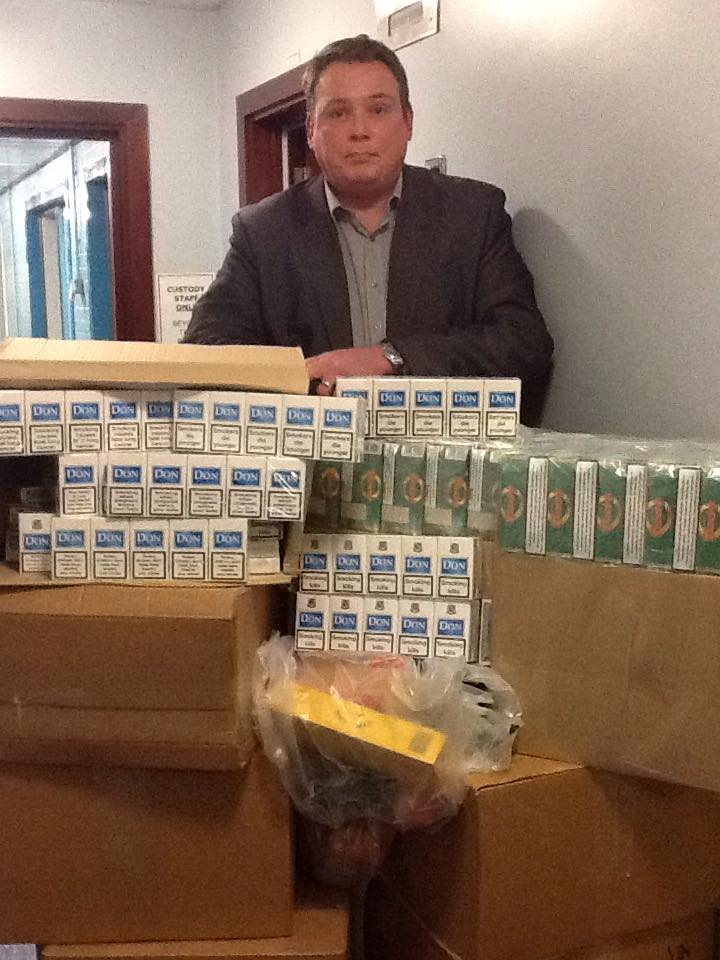 Detective Inspector Pete Mullan is pictured with some of the seized tobacco products.

COPS have dealt a festive blow to those involved in the illegal trade of counterfeit cigarettes and sportswear.

It is at this time of the year criminal gangs make a packet from the sale of bootleg goods.

Police have revealed that detectives conducted a pro-acive search of two properties in the Ashmore Place area of North Belfast on Friday 19th December 2014 under the Copyright, Designs and Patents Act 1988.

Detective Inspector Pete Mullan says: “The seizure at the first property has resulted in unregulated tobacco products being removed from circulation.

“These items not only had the potential to impact on people’s health in a negative way but the sale of such products could potentially generate funds for criminal purposes.

“Her Majesty’s Revenue and Customs (HMRC) advised that the sale of tobacco products on this scale would have represented a loss of £42,000 in revenue.

“We would advise people to report any concerns they may have in relation to potential criminal behaviour to police on 101.”