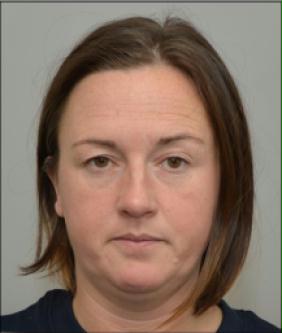 DETECTIVES from the PSNI’s Terrorist Investigation Unit have welcomed the three year sentence imposed on a woman caught with explosive substances in the boot of her car last year.

Nuala Gormley (38), of Morgan Park in Dromore, Co Tyrone, was arrested after police searched her car near Cookstown on 6 August 2013.

Officers found explosive substances and remote signalling equipment hidden in an oil container wrapped up in netting in the boot of her car.

She was sentenced today at Laganside Court to three years imprisonment.

Gormley will spend half in jail and half on licence.

However, with time served on remand she will be due out next year.

Detective Superintendent Kevin Geddes of the PSNI’s Terrorist Investigation Unit said after sentence was passed: “We believe these items were going to be used to cause death, injury or damage. Police actions have removed that risk on this occasion.

“We will continue to work diligently to bring before the courts any individual who involves themselves in terrorist activity in any way. We would ask for continued community support as we strive to keep everyone safe.”