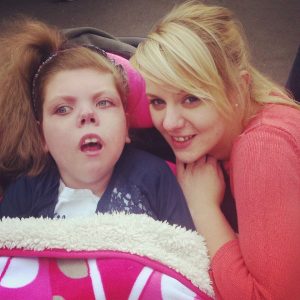 A CO Down woman whose laptop was stolen at the weekend containing treasured photos of her late daughter has had it returned safely.

Lynda McCance went on social networking site Facebook at the weekend to plead for its safe return.

It was taken during a burglary on her Sinclair Avenue home in Bangor along with Christmas presents.

The laptop contained the pictures of Chloe’s life which was used a slide show at her funeral.

Today, a delighted Lynda told her friends and family on Facebook: “Wanna say a big thank you to everyone who has shared my posts, sent messages, donated money and everything else.

“You have all helped give me that little bit off faith that there is decent ppl out there..

“I now have my laptop bak in my possession…. thanks so much for all your support.”