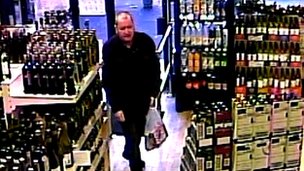 DETECTIVES investigating the axe murder of a man have renewed their appeal on the first anniversary of his death.

Basil McAfee was found dead by his mother at his home in Henderson Avenue in north Belfast, on 20 December 2013.

Police said he “suffered a violent death” and added that they believed his killer used an axe and a large knife.

They said that although it was not a random attack, his killer remains a danger to others in the community.

The senior police officer leading the murder investigation, Detective Chief Inspector John McVea said: “It is a year since Basil died and his death has slipped somewhat from public consciousness.

“But it remains an enduring heartache for his family – his mother, siblings and his grown-up children.

“They are about to face a second Christmas without Basil and without knowing why this happened to him and who is responsible.”

Mr McAfee, a father-of-two, was attacked in the living room of his home and police have released a photograph of the murder scene as part of the renewed appeal.

The 50-year-old had been stabbed a number of times and sustained head wounds consistent with being hit with an axe.

The investigating officer described the murder as a “ferocious attack”.

Added DCI McVea: “He suffered a violent death at the hands of an assailant who was probably wielding an axe and a long-bladed knife.”

He confirmed that items, including money, were taken from Mr McAfee’s house.

“Although we believe the attack was not random, but focused on Basil, whoever did this is a danger to others in the community while still at large,” the detective added.

The last public sighting of Mr McAfee was in an off-licence on the Cavehill Road, close to his home, on the afternoon of Thursday, December 19, 2013.

Shortly after the murder, police released CCTV images showing the victim shopping in the off-licence in a bid to get witnesses to come forward.

However, they have now said they believe other people visited Mr McAfee who have not yet contacted detectives.

Anyone with information about the case is asked to contact police on the non-emergency number 101.

Alternatively, they can speak to the independent charity Crimestoppers anonymously on 0800 555 111.