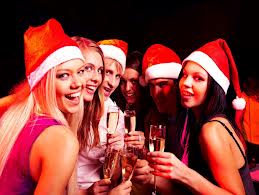 THE PSNI says it will enforce the law on drinking hours at across Northern Ireland over Christmas.

People intending to go out socialising over the Christmas and New Year period are being reminded of the permitted hours that will apply in local licensed premises.

On Christmas Eve, the permitted hours are 11.30am to 11pm, or midnight if a late extension is in place. Thirty minutes drinking-up time is allowed.

On Christmas Day the hours are 12.30pm to 10pm. Thirty minutes drinking-up time is allowed, but there will be no late licences and no off-sales.

Constable Paul Larkin said it was important for local people to be aware of the hours so they could plan their nights out.

“We have been in touch with local licensees and we have told them we will be mounting extra licensing inspections over the festive period.

“These will aim to give reassurance to staff and customers and to help prevent disorder,” he said.

“I hope that local people will enjoy the Christmas period sensibly.  If they intend to go out for the night, they should also plan to get home safely.”