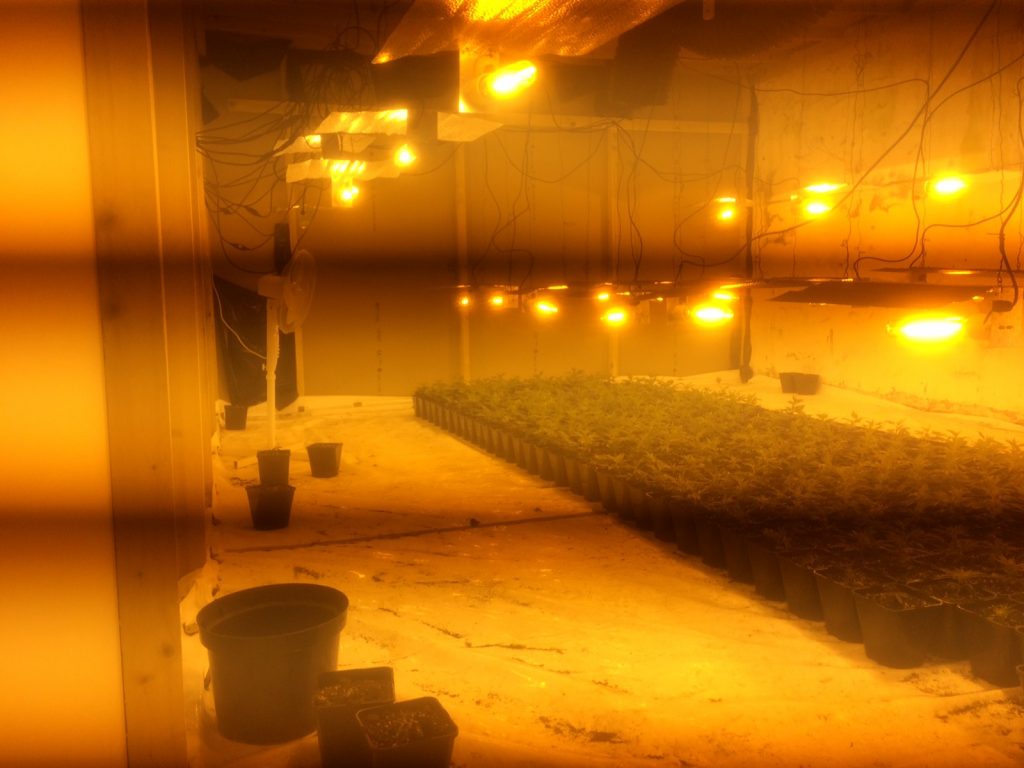 The cannabis plant factory uncovered in Co Down by police

DETECTIVES investigating the seizure of cannabis with an estimated street value of £400,000 at Drumfad Road, Millisle on Friday 12 December, today arrested a 57 year old man in connection with the discovery.

The man was arrested in the Carrowdore area on suspicion of drugs trafficking offences and is being questioned at Bangor police station.

Detective Inspector Andy Dunlop, from PSNI Organised Crime Branch, said: “I assess that this cannabis growing facility was capable of producing in excess of £500,000 worth of material every 8-12 weeks.

“This is criminal money which facilitates misery and harm. It is the 85th such discovery PSNI have made since 1 April this year.

“Many people would have been involved in the construction of the site. Identifying those behind such criminality is complicated.

“But the community can be assured that we will be working to secure more arrests as we pursue those involved in renting such properties, building and wiring the premises, those who tend the plants and those who are involved in the distribution of the drugs.

“If convicted, anyone involved in any aspect of supplying any controlled drugs can expect to spend a lengthy period behind bars.

“Our success relies on information from the public.

“If the public do report their suspicions, our response may not be immediately visible, but they can be assured that we will investigate and action all such information, whilst ensuring the details of person making the call are not disclosed”.