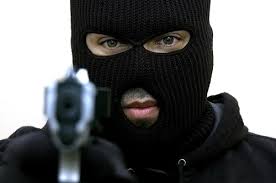 THREE dissidents are being quizzed after bombs were seized as part of a Garda investigation into republican terorr groups operating along the Border.

A Garda spokesman said: “The arrests were made as a result of an ongoing investigation by members of the Garda Special Detective Unit, Harcourt Sq and Crime & Security Branch, Garda Headquarters.

“During this investigation into the activities of dissident republicans in the border and Midlands regions, two cars were stopped in north County Meath on the N52 earlier on December 16, 2014.

“During a search of the two cars a number of suspect items were recovered, the Army EOD team were immediately contacted and a cordon was put in place.

“Two males aged 42 and 49 were arrested under the provisions of section 30 Offences Against the State Act 1939 as amended for membership of an Unlawful Organisation and possession of explosive substances and are being detained at Drogheda Garda station.

“During a follow up search of a dwelling house in Mullingar a male aged 48 years was arrested under the provisions of section 30 Offences Against the State Act 1939 as amended for membership of an Unlawful Organistaion and possession of explosive substances and is being detained at Tullamore Garda station.

“The items seized are currently subject of a technical examination at the Garda Technical Bureau, Garda Headquarters.

“The investigation is ongoing.”