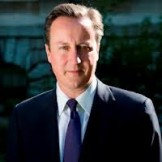 They are expected to spend 24 hours trying to broker an agreement on three issues that have hampered political progress – flags, parades and how to deal with the past.

It is being seen as a make-or-break for the talks with warnings that without agreement the Stormont powersharing executive could collapse leading to direct rule from Westminster being introduced.

Mr Cameron has pledged to push hard for a political deal and said he was determined to do everything he could to resolve the disputes that are creating instability at Stormont.

“These talks have reached a crucial phase,” Mr Cameron said ahead of his intervention.

“As prime minister I am determined to do everything I can to help resolve outstanding issues and secure agreement across a range of vitally important issues.”

Mr Kenny said he was cautiously optimistic that an agreement could be concluded.

“While recognising the complex and difficult issues to be addressed, the parties have engaged constructively and with a renewed effort, an agreement could be reached which would offer a brighter future for the people of Northern Ireland,” he said.

Tánaiste Joan Burton and Minister of State Sean Sherlock will also travel to Belfast for the talks.

Secretary of State Theresa Villiers, who has hosted the talks to date, will also attend.

The participants are set for a long night of negotiations with further discussions scheduled for tomorrow.

As well as long-standing issues over flags, parades and dealing with past, the five parties in the power-sharing coalition are trying to reach consensus on budgetary problems facing the devolved institutions.

The structures and governance arrangements at Stormont are also on the agenda.

First Minister Peter Robinson and Deputy First Minister Martin McGuinness have both set the weekend as an effective deadline for a deal.

Both men have conceded the chances of securing agreement after Christmas would be limited due to the inevitable hardening of political positions in the run-up to the UK general election.

If no deal is struck this side of Christmas, the prevarication and drift will continue and Northern Ireland’s politicians will switch their focus to May’s Westminster elections.