NO LAUGHS FOR ROSS NOBLE IN BELFAST TONIGHT 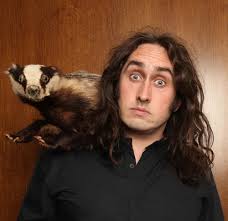 STAND-UP comedian Ross Noble’s gig in Belfast tonight has been cancelled due to a family bereavement.

The 8 pm show is to be rescheduled for early next year.

The Geordie comedian was on stage in Dublin last night with his Tangentleman show but will not be performing at the Waterfront Hall in Belfast this evening.

In a statement from the Waterfront said: “Regrettably we have to announce that, due to a bereavement, Ross Noble has had to postpone his show scheduled for Belfast Waterfront tonight, December 10, 2014.

“Ross does plan to reschedule the show for January 2015.

“Ticketholders are asked to retain their tickets for this new date.

“Refunds will be available later if the new date is unsuitable for customers.”