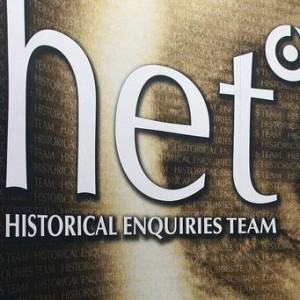 New unit to be set up to replace the HET

THE PSNI say is setting up a special unit to investigate the past.

The new ‘Waking The Dead’ will take over the work of the Historical Enquiries Team and will hit the ground running in January.

Among its first tasks will be to investigated the Bloody Sunday killings.

The team will also review letters sent to around 200 republican On the Runs terrorists.

The new unit called the Legacy Investigation Branch (LIB) will be made up of 70 officers and staff drawn from the PSNI’s Crime Operations Branch.

The setting up of the new unit was disclosed today.

Chief Constable George Hamilton told Policing Board members that current financial constraints had led to a change in how the police service responded to the demands of the past and the pace at which this would take place.

ACC Will Kerr, head of Crime Operations Branch explained that, with reduced investigative resources, it was inevitable that all of this work would take longer to complete.

A small number of investigations into other Historical cases will remain with their current investigation teams in Serious Crime Branch.

“This is because they are at such an advanced point that any transfer to Legacy Investigation Branch would involve wasteful duplication.

Mr Kerr said: “The new structure will consolidate existing expertise and experience, provide a fully accountable means of dealing with the past and, against a background of diminished resources, form an effective buffer between investigating the past and delivering contemporary policing which has to be our priority.

“It is not perfect but it is the best we can do in the current unsatisfactory and unprecedented circumstances.

“We will be writing to affected families about the new structures in the coming days and also advising other interested groups of the new arrangements and timeframes in due course.”

The HET was set up in 2005 as a special investigative unit attached to the PSNI to re-examine the deaths of 3,260 people in Northern Ireland between 1968 and 1998.

Earlier this year the police announced that financial pressures would lead to the closure of the unit.

Last year the director of the HET Dave Cox stood down after a critical police inspecton report into the organisation which was the brainchild of former PSNI Chief Constable Sir Hugh Orde.

But the decision to set up the new ‘Waking The Dead’ unit has been criticised.

Sinn Féin said it would not have public confidence.

“At today’s meeting of the Policing Board the chief constable announced the HET would cease to exist on December 31 and will be replaced by a legacy investigation unit early in the new year,” the party’s Pat Sheehan said.

“We are very disappointed by this announcement as it is clear this new body will not be compliant with human rights legislation, particularly Article 2 of the European Convention on Human Rights – the right to life.

“In all our engagements with victims’ groups they told us that whatever replaces the HET must be Article 2 compliant.”

HET had been at the forefront of trying to crack unsolved murders.

It has made major inroads into unsolved UVF murders in the greater north Belfast area.