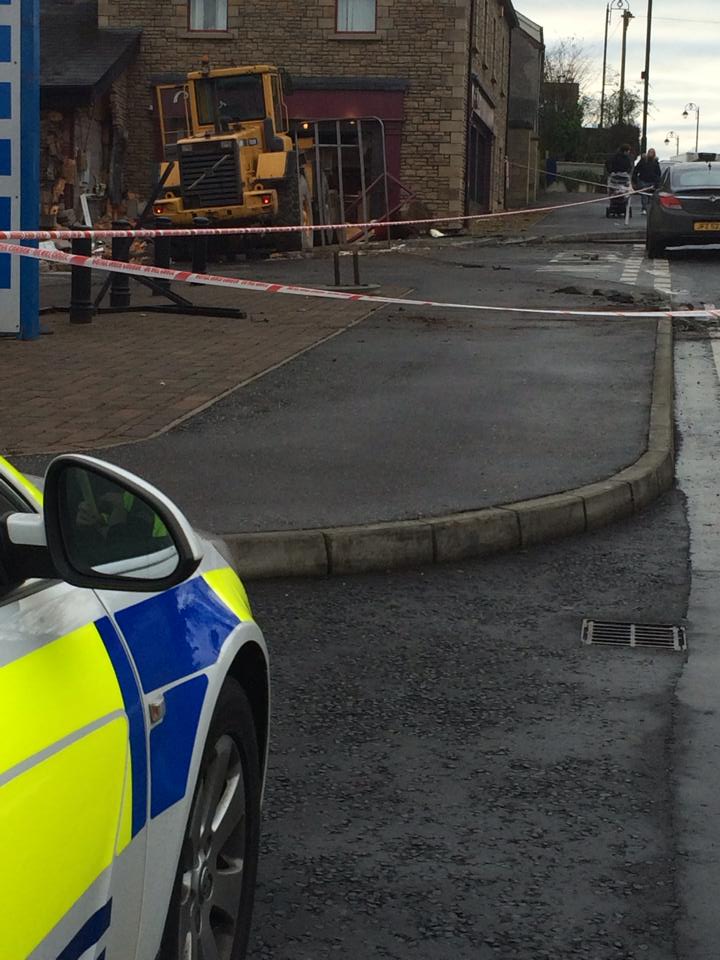 DETECTIVES are investigating after thieves rammed a digger into a cash machine at a supermarket.

The ram raid happened on Moore Street in Aughnacloy, Co Tyrone around 5 am this morning.

Police have appealed for anyone with information to contact them.

Det Insp Hazel Reid said the shop would be “fully examined in daylight to establish the extent of the damage and if anything has been taken”.

She said detectives were investigating a possible link to a trailer on Ravella Road, that crosses the border between Northern Ireland and Co Monaghan.

The road was closed while police examined the scene.