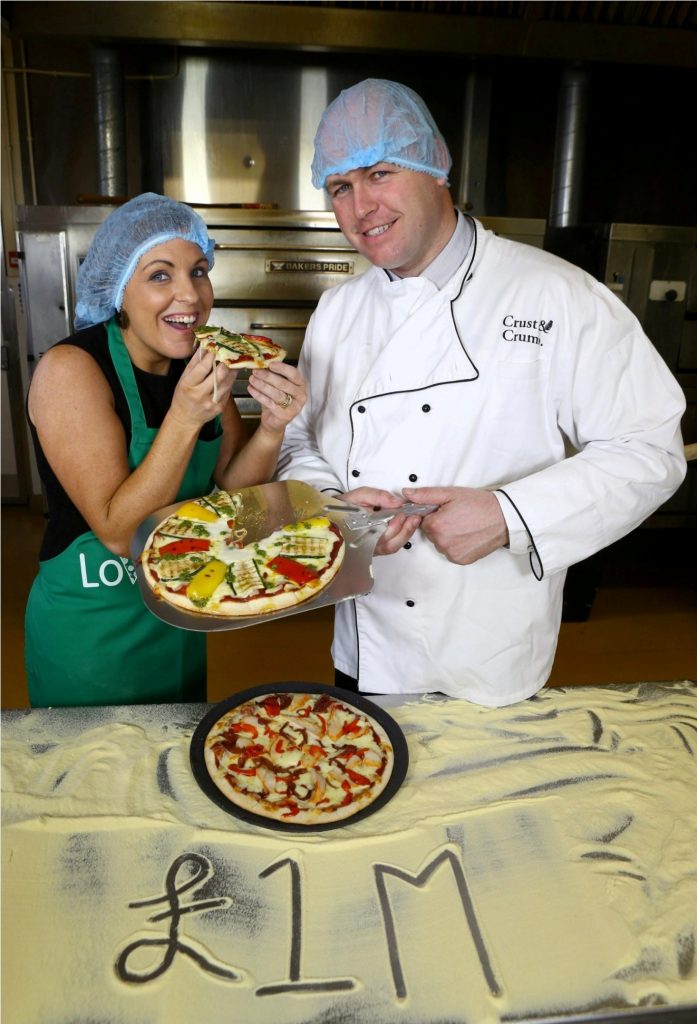 TEN new jobs have been created at an Enniskillen pizza factory with the announcement of a £1 million deal to supply Musgrave Retail Partners in Northern Ireland and the Republic of Ireland with a new premium range of stonebaked pizza.

Crust & Crumb, based in Derrylin, have developed the range of pizzas specifically for Musgrave and its SuperValu stores.

All pizzas are hand-stretched, topped with quality ingredients from local suppliers and stonebaked for an authentic taste.

Musgrave Retail Partners NI Trading Manager, Julie Cherry, said: “With our new premium range of pizzas, we are catering for consumers’ growing expectations for the same quality taste from their food, as they would from a restaurant or takeaway, but at much better value and convenience.

“At Musgrave we endeavour to work with local suppliers where possible and are delighted to award Derrylin supplier Crust and Crumb this significant contract,” she added.

Mark McCaffrey of Crust and Crumb said: “We are delighted to win this huge contract worth in excess of one million pounds, to develop a bespoke range of pizzas for Musgrave Retail Partners and its SuperValu stores.

“We pride ourselves on being one of Ireland’s leading manufacturers of fresh pizza and pizza bases for the retail and food service sectors and this deal represents a significant investment in our company, growing our team further with the creation of ten new jobs,” he added.

Welcoming the news, John Hood, Invest NI’s Food and Tourism Director, said: “Crust and Crumb is an ambitious firm which has benefited from a range of assistance from Invest NI towards marketing and product development activities as well as with growing its workforce. Winning this contract is a significant achievement which will enable this enterprising company to create employment opportunities within the local Fermanagh area.”

MRPNI supports over 250 independent SuperValu, Centra and Mace retail stores in Northern Ireland, with a combined turnover in excess of £600 million.

MRPNI is part of the Musgrave Group, the leading partner to more than 3,500 entrepreneurial retailers and food service professionals in the UK, Ireland and Spain.