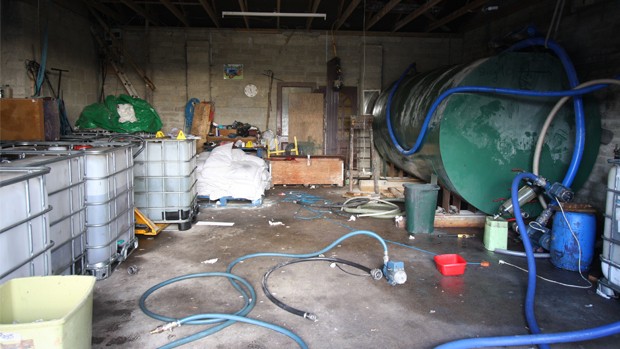 POLICE have charged two people with waste and contaminated land offences as part of an ongoing joint working protocol between PSNI and Northern Ireland Environment Agency.

It follows the discovery of a fuel laundering plant in Cullaville Road, Crossmaglen on 15 July, 2014.

AS a result, a 45 year old woman and 48 year old man  were arrested in relation to waste found at the plant.

They have been charged with:

* failing to furnish a written description of waste upon transfer;

* failure to comply with Art 27 notice;

* keeping controlled waste in a manner likely to cause pollution;

* treating controlled waste in a manner likely to cause pollution;

The pair will appear before Newry Magistrates’ Court on 17 December.

As is normal procedure the charges will be reviewed by the PPS.

Newry and Mourne Area Commander, Chief Inspector Davy Beck said: “We know that fuel laundering and illegal waste disposal is a huge concern and we work tirelessly with our partner agencies, HMRC and NIEA, to tackle this crime.

“Those involved in this type of criminal activity can rest assured that we will continue to work together to prevent, detect and deter this crime and bring those responsible before the courts.”