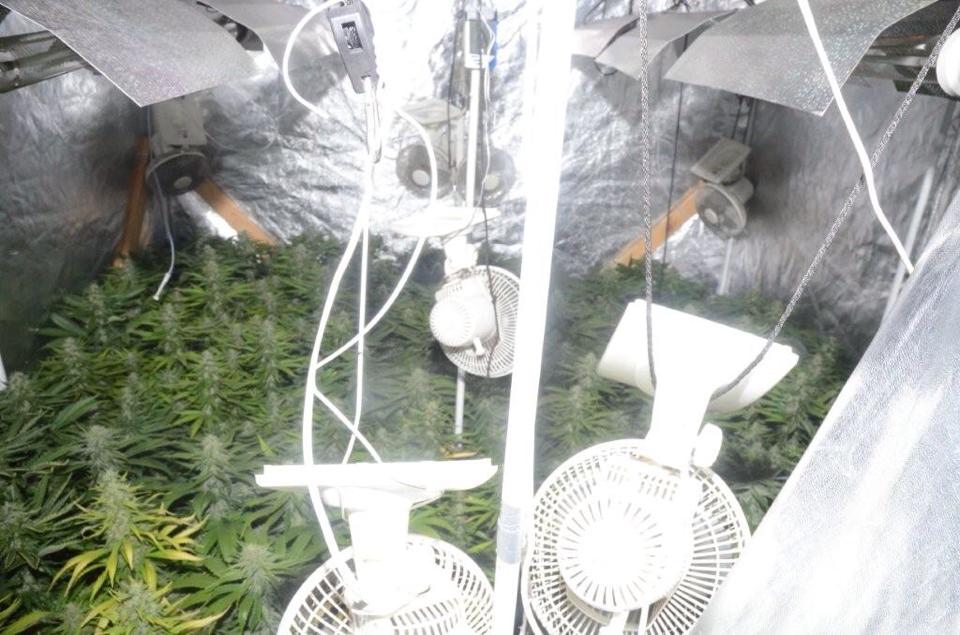 DETECTIVES have charged three men over the discovery of two cannabis factories earlier this week.

Cannabis with an estimated value of £150,000 was found at properties on the Circular Road and Corrywood Park in Castlewellan, Co Down on Tuesday.

The men are due to appear at Downpatrick Magistrates’ Court later today to face a total of 31 offences.

The charges include cultivating cannabis, possession of cannabis and possession with intent to supply.

A 22-year-old woman who was also arrested on Tuesday has been released on bail pending further enquiries.