THE DUP is furious after the Equality Commission announced it was taking legal action over a Christian-run bakery’s refusal to bake a cake with a pro-gay marriage slogan.

Ashers Baking Company said it had declined the request because it was “at odds” with its beliefs.

The row will now be raised on the floor of the Assembly by the DUP chair of the Justice Committee Paul Givan.

He described the move by the Equality Commission as an act of “intolerance and aggression’.

Gay rights group The Rainbow Project said a solution could have been found to the dispute.

Said John O’Doherty: “The Equality Commission asked for an apology, they asked for recognition that it wouldn’t happen again.

“The reality is that we need to address the very serious issues that exist within our society around discrimination.”

The Equality Commission supported the customer’s claim for compensation, but lawyers for the Co Antrim firm do not accept the bakery owners acted unlawfully.

In a statement on Wednesday, the commission said it is to begin civil proceedings.

The row hit the headlines in July when the baking company revealed it was facing possible legal action over its decision to decline the customer’s request.

The cake had been ordered in Belfast by a gay activist two months earlier, for a civic event in Bangor, County Down, marking International Day Against Homophobia and Transphobia.

At the time, the firm’s 24-year-old general manager, Daniel McArthur, said marriage in Northern Ireland “still is defined as being a union between one man and one woman” and said his company was taking “a stand”.

In a video posted on social media Mr McArthur, said: “We feel that the Equality Commission are pursuing us because of our belief that marriage is between a man and a woman.”

The commission said it would have preferred not to start legal action.

In recent correspondence with the firm, the Equality Commission warned Ashers Baking Company that it could face a sexual orientation discrimination court case. 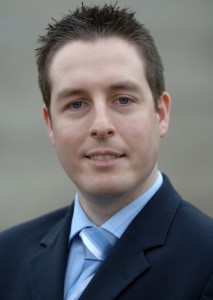 The DUP’s Paul Givan said told: “The Equality Commission taking Ashers Bakery, a christian owned company to court, is an act of intolerance and aggression by a taxpayer funded organisation against private citizens to live according to their conscience.

“This company was specifically targeted because of its Christian values when many other companies would have provided the service but it’s no longer live and let live for Gay rights campaigners, supported by the equality commission, Christians have to be forced to violate deeply held convictions.

“Where is the protection in a ‘tolerant’ society for Christians? I will be pursing this matter through the Assembly.”