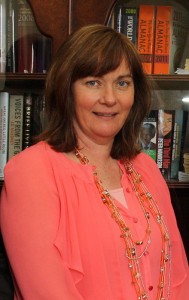 A junior Sinn Fein minister in the Assembly should resign and her party issue a “corporate apology” to an alleged  IRA rape victim, MLAs heard last night.

Former IRA woman Jennifer McCann – jailed in the 1980s for 20 years for shooting an RUC officer in west Belfast – was accused by unionists of failing Mairia Cahill in her quest for justice after claims she was sexually abused and then forced to meet her alleged attacker in front of an IRA kangaroo court.

But McCann hit back at DUP MLA Paula Bradley’s claim stating that it insulted her not only as a minister but as a mother.

The assembly backed a motion calling for a parliamentary inquiry into the Mairia Cahill case by 69 votes to 27.

Mairia Cahill claimed on BBC Northern Ireland’s Spotlight programme last month that she had been raped by a senior west Belfast IRA figure in 1997.

However rather than allow her to report the alleged rape to the police, leading IRA and Sinn Féin figures tried to hold their own internal inquiry into her claims.

Cahill said that the republican leadership was more interested in protecting its reputation than obtaining justice for her.

The grand niece of Provisional IRA founder Joe Cahill told the programme that in 1999 the organisation instead forced her into a face-to-face meeting with her alleged abuser.

The IRA, she said, told her they wanted to establish which of them was telling the truth.

During a heated debate inside the Stormont parliament on Tuesday evening, Bradley launched a verbal attack on Jennifer McCann.

The Sinn Féin minister was accused in the house of failing to report Cahill’s claims about the alleged rape and abuse. McCann has insisted she did everything she could to help Cahill after she had made her claims about the rape.

“Maíria Cahill has alleged that she informed the Irish Republican Army and members of Sinn Féin of her ordeal. Jennifer McCann by her own admission was informed of Maíria’s case in 2005,” said Bradley. 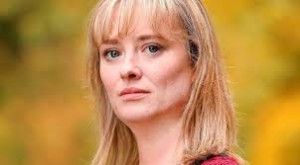 “Ms McCann, I am sad to say, failed Maíria. She failed to properly support her, to tell the relevant people of the allegations of the abuse, and she failed herself to report the allegations in order to ensure that they could be investigated.”

But McCann rejected this version of events, stating that she “would not cover up or protect anyone who has been accused of rape or sexual abuse.”

She added: “I feel very strongly that my credibility, not only as junior minister, but also in a personal sense as a woman and, particularly as a mother, is under attack through this disgraceful motion, and what members in this chamber have said, both during this debate, and over the past few weeks.

“I want to totally refute any inference in either the motion, or what has been said, that I did anything improper in the actions I took in relation to this case.”

Sinn Féin’s rival nationalist party, the SDLP, pledged during the debate to continue to support Cahill.

SDLP West Belfast assemblyman Alex Attwood said: “Mairia Cahill continues to speak the truth to power. Mairia is a fearless and resilient woman and those who seek to diminish her must be not be allowed to prevail.”

Yesterday, a woman accused of being part of the IRA kangaroo court that examined Cahill’s claims released two letters.

Briege Wright said the letters from Cahill in 2005 and 2008 proved that she had done all she could to help her.

Wright was one of four people who walked free from court in Belfast after Cahill withdrew her support for a criminal prosecution related to the IRA kangaroo court. Cahill has insisted she withdrew her cooperation because she did not have faith in the way the case was being pursued by the crown.

Keir Starmer, the former director of public prosecutions for England and Wales, is to head a fresh inquiry into the way legal authorities in Northern Ireland handled the Cahill case.

In response to two letters published by veteran republican Wright today, Cahill said had previously acknowledged in the programme and in statements that Wright had been more sympathetic to her plight than other senior republicans.

She said none of these letters diminished her claims about the alleged rape and IRA cover-up.