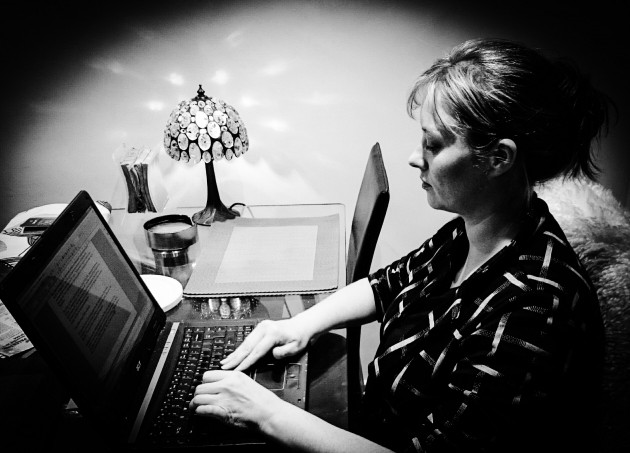 It is very strange to see myself being described as a dissident republican, when I would not even consider myself a republican anymore.

The Irish Mail On Sunday story yesterday correctly states that I was, involved with a group going by the name “Republican Network for Unity”.

The story however, was inaccurate and slanted.  I was indeed the National Secretary of RNU – for a period of a few hours in 2010, until I resigned the position.

This can be confirmed by the former chair, Danny Mc Brearty.  I did continue to attend a series of meetings for a period of a few months.

I was opposed to “outside influences”, in what was a perfectly legal pressure group, and was extremely vocal in this regard.  Indeed, this was the reason that I left.  I am on record consistently as being opposed to illegal armed actions.

I am taking robust legal action against the people who have printed or posted this information in relation to me – it is inaccurate, and based on dubious information at worst, and at best, a mistake on a website.

I have never denied my involvement, even though I have long moved on from involvement in any political activism. I did not hide it from the BBC Spotlight makers, and have been open and upfront about all of my experiences in life.

There was nothing illegal about RNU. It was not involved in any armed action. It was a long time after I left the group, that they were publicly associated with supporting one particular grouping.  My opposition to violence has been consistent throughout my life, even, though some people might find this strange, when I was in Sinn Fein.

For Sinn Fein to attempt to use this story now to smear me as some sort of dangerous dissident is particularly objectionable considering that many of them were long standing supporters of the Provisional IRA campaign which killed most of those who died as a result of the Troubles. Gerry Adams was himself a senior leader of the IRA, and again praised the organisation very strongly in his speech in Belfast at the weekend.

I, by contrast with Mr Adams, have never been a member of any illegal organisation, and I do not support violence in any way, shape or form.

To say that I am opposed to the police in Northern Ireland is equally ridiculous. I completely support the rule of law and order, North and South.  The proof of this is that I made criminal complaints in 2007, and 2009 in relation to two matters concerning me.  I also acted to call police in my role as a community worker in Belfast – and crucially, I attended a meeting with a solicitor and a barrister in 2009 to give information in relation to a suspected republican money laundering operation in West Belfast.  I have continued to work alongside them in matters of community policing.  I did not, as has been suggested by Sinn Fein, leave the party over their stance on policing.  I left the party as a card carrying member in 2001.  I did work on three by elections in years afterwards as a favour to a friend who was within the organisation.  I continued to sit with Sinn Fein members – and with members of other political parties on various community organisations.

I have stated repeatedly that I fully respect anyone’s right to have a political opinion.  I have met every single political party on this island (with the exception of Sinn Fein) in relation to the cover up of sex abuse by Sinn Fein, and my experiences.  I have interacted with them all, and also have friends from all walks of life.  I have conducted myself with dignity, and those parties have all put politics aside in order to try and deal with the wider concerning issue of child protection.  This is the way it should be.

I have a clear, unblemished criminal record.  I have never been involved in violence, of any sort.  In fact, I campaigned alongside IRA victim Ann Travers to bring in the SPAD legislation in the Northern Assembly, which ensures that no one with a criminal record can hold a job advising any member of Government.  I am proud of my involvement in that campaign.

I don’t however support bad policing – I suspect nobody does, and I feel badly let down by the criminal justice system in relation to my recent court cases.  That does not change my stance however – all criminal activity should be reported to the police.  Full stop.

Indeed, the weeks that I was involved with RNU actually coincided with the weeks between my first interview with Suzanne Breen in the Sunday Tribune and the time I finally found the courage to report what had happened to the PSNI.

I believe that this story has been deliberately circulated by people whose only desire is to draw attention away from the fact that, when IRA/SF learned that I had been raped by a senior republican volunteer, they forced me into a brutal investigation against my will before engaging in a systematic cover up to silence me and members of my family.

Sinn Fein and those out to defend their handling of my case – and the many other cases involving the moving around of sex offenders to safe houses in the Republic and elsewhere to abuse again – are trying to paint me as some sort of dangerous Dissident with a capital D who supports criminal organisations such as Real IRA and Continuity IRA in order to tarnish my credibility. I reject all such groups root and branch and will swiftly take legal action should anyone wishing to allege or imply that I have any support for violence. I absolutely do not.

I refer to a piece that I wrote some time ago, and which is available online, in which I heavily criticised armed dissident groups.  In it I wrote, “It’s time for militant dissident republicans to wake up.  They claim to be fighting for a United Ireland, yet they are the diehards, the ones who refuse to accept that support for violence in whatever name, is a thing of the past. People just want to live their lives, and God knows its hard enough in some parts of West Belfast to do so.  They don’t want to be put at risk by a few maniacs who care more about getting a “hit”, than about improving the quality of life of those around them.  People just want to live.  Let them.”

I would not, nor could not lend my support to any illegal organisation.  It is not relevant to my own sexual abuse, nor my forced investigation into that abuse – nor my forced confrontation by the IRA into that either.

It is wrong, I have always been consistent in matters of child abuse and child protection- no person or organisation should internally investigate cases of abuse.  The proper agency for doing that is the police.  People should bring forward whatever information they have.

Likewise, my background in community work, or as a trainee counsellor, a person who worked with adults with learning disabilities, or any other professional job I have held has no bearing on what happened to me either.

Simply.  I was abused.  An illegal internal investigation was conducted into that abuse.  I was forced to attend a confrontation by the IRA as a traumatised 18 year old in a room with my rapist.

That is the issue.  I raised it very publicly, at great personal cost to myself.  I am now homeless and in debt.  Nothing about this has brought me any personal benefit.  I have been attacked for doing so and have made a complaint to the Gardai.  All manner of false rumour and innuendo and completely ludicrous allegations, including the fact that I supposedly had an affair with a male dissident while I was heavily pregnant (not true), enticed my rapist (not true), and had an affair with a female victim of the IRA (not true) have been peddled about.  All of this is designed to increase pressure on me to go away and stop publicly raising the issue of child abuse.

It wont work.  It is very distressing at times, and frustrating, moreso for my family – but I know that the people who matter know the truth.  And if someone wants to peddle libellous information about me, then there is little I can do to stop it being written – but I most certainly will pursue it through my solicitor, and the police.

It says more about the motivation of the peddlers of inaccurate and in most cases completely untruthful information, than it does about me.

And I won’t be silenced because of it.

Finally, I want to again thank the Irish people for the support which has helped to sustain me against the ongoing organised internet smear campaign against me conducted by Sinn Fein supporters – and I call on that party to condemn this campaign.