MUM ARRESTED FOR MURDER AFTER TODDLER STABBED TO DEATH WITH SCISSORS 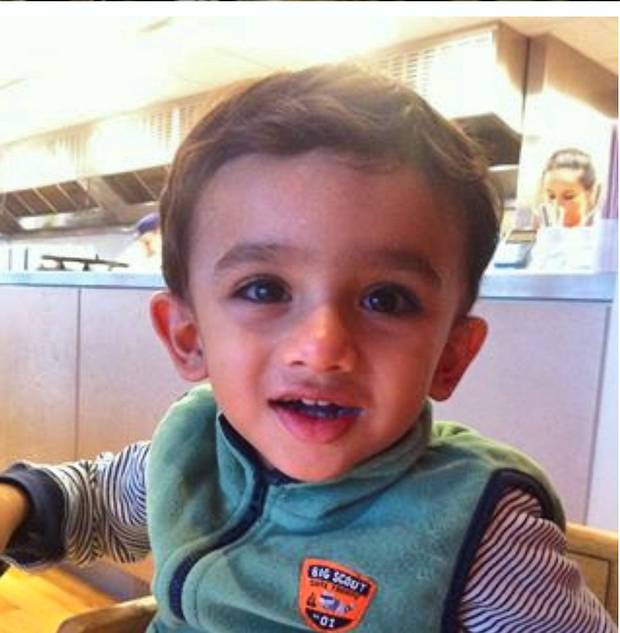 A toddler stabbed to death at his home in the Republic yesterday had been the subject of a major child safety alert just weeks ago.

Gardai arrested the mother of Hassan Khan (2) after the child was found dead in an apartment in south Dublin yesterday afternoon.

Sources said Hassan suffered a fatal neck wound when he was stabbed once with a “sharp object”, possibly a pair of scissors.

Gardai launched a murder probe, and were questioning his mother Hazel Waters last night after she was arrested at the scene.

Hassan was the subject of a nationwide Child Rescue Ireland (CRI) alert just a few weeks ago after he and his father, former doctor Saleem Khan, were reported missing from Ballybrack village.

However, they were located just an hour later, on the evening of August 10, and were described by gardai as being “safe and well” at the time.