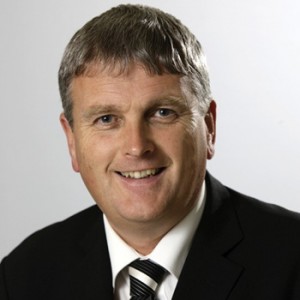 The new NSPCC Adult Helpline Base in Belfast, will provide free, anonymous and 24/7 specialist support, advice and counselling for any adult with concerns for a child’s well-being.

Speaking ahead of the opening, Health Minister Jim Wells said: “It is so important that anyone with concerns about the safety and well-being of a child has easy access to support, advice and information so that we can act fast and help a child in need. The establishment of a physical helpline in Northern Ireland means the NSPCC can respond to more calls than ever.

“Current call figures show that of the 924 calls made by people in Northern Ireland to the helpline in 2013/2014, 536 (58 per cent) were deemed so serious that that they were referred to PSNI and social services for further intervention. And the numbers are growing with 23 per cent (174) more calls made to the helpline from people in Northern Ireland in 2013/2014 than during the previous year.”

The NSPCC Helpline base in Northern Ireland is the outcome of partnership working over a number of years with a range of organisations in health and social care and the police. It has received £49,000 from Invest Northern Ireland’s Jobs Fund and £30,000 from the Safeguarding Board for Northern Ireland (SBNI).

Health Minister Jim Wells concluded: “Safeguarding and protecting children is not only of paramount importance to me, it should also be of the utmost importance to society as a whole – that means you have a part to play and should never hesitate to pick up the phone and express any concerns you may have.

“This investment to expand its adult helpline services, creating seven new high salaried jobs for Northern Ireland, marks an important stage in its growth. As it also serves markets outside of Northern Ireland, Invest NI has offered NSPCC NI £49,000 from the Jobs Fund initiative.

“NSPCC’s new adult Helpline facility will not only enhance the invaluable work that the NSPCC is already doing in the area of child protection, it will also create professional job opportunities in Northern Ireland.”