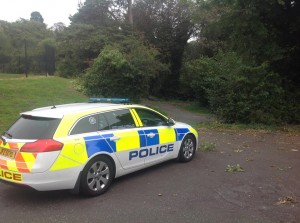 DETECTIVES in Bangor are investigating the report of an aggravated burglary at a house in the Rathgill Crescent area on Friday evening.
Investigating officer Detective Constable Mairead Savage said: “We received a report that three masked men had entered a house shortly after 8pm and assaulted the male occupant, a man in his 40’s.
“The men demaded money from the occupant and threatened him with a suspected firearm.
“No money was handed over and the three intruders left the house.
“The occupant attended hospital and was treated for head and facial injuries.
“The three men were all described as being around 5’10” tall of medium build and were wearing balaclavas. One of the men wore a black and white horizontally striped jacket.
“I would appeal to anyone who witnessed any suspicious activity in the area or who has any information about this incident to contact detectives in Bangor on 101.
“Information can also be passed anonymously through Crimestoppers on 0800 555 111.”
Share |