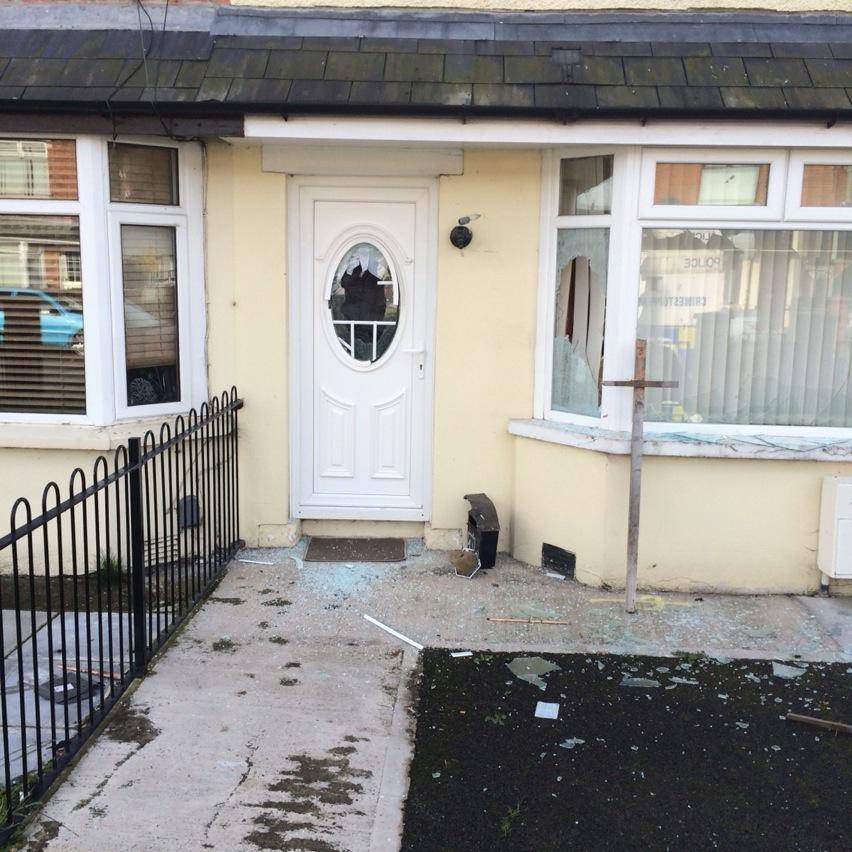 NORTH Belfast DUP MP Nigel Dodds has condemned the overnight attack on a property at York Crescent during which windows were smashed.

The PSNI are treating the attack as a racist hate crime.

The man and woman were awoken by a banging noise at around 3 am this morning.

They looked out from their bedroom window to see a group of youths banging an object against downstairs windows.

The woman shouted out and the youths fled after shouting back at her.

DUP North Belfast MP Nigel Dodds said he was “outraged” at the attack on the couple’s home.

“It is all the more concerning that the police are treating this as a racist hate crime,” he said.

“I visited the home this morning, speaking to the couple and also spoke to neighbours who are disgusted by this attack.

“The woman has lived in the house for around 6 years and is a well respected member of the community.

“I commend the neighbours who have rallied round and shown their support. I join with them in condemning those who carried out this attack and I urge anyone who can assist the police investigation to pass on whatever information they have without delay.”