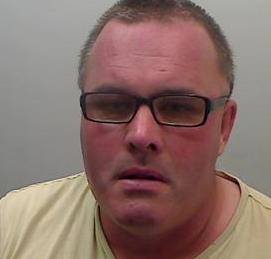 DETECTIVES are appealing for information on the whereabouts of Ballymena man John “Jeffrey” Kennedy.

Detective Chief Inspector Catherine Magee said: “Mr Kennedy was last seen in the Moorfields area of the town on the morning of Monday 29, September.

“Police have not been able to establish the whereabouts of Mr Kennedy or his car since then.

“Furthermore, he has not since made contact with family since Monday, which is unusual for him.

“Mr Kennedy is aged 42 and described as of heavy build and around 183cm in height.

DCI Magee concluded: “Detectives are asking Mr Kennedy, or anyone who believes that they have saw him in recent days, to contact them on the non emergency number 101.”