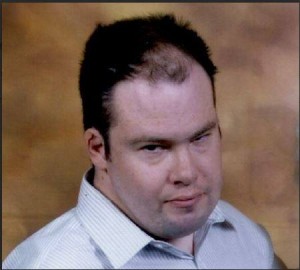 POLICE and the family of missing person Stephen Arnold are becoming increasingly concerned for his welfare.

The 36-year-old was last seen in the Donaghadee Road area of Newtownards on Tuesday 30 September.

He is described as being approximately 5’6″ tall, of slim build and has balding dark hair.

Stephen was last seen wearing a grey and blue jacket and trousers and may also be wearing a black zipped top.

Detective Inspector Richard Graham said: “I would appeal to Stephen, or anyone who knows of his whereabouts, to contact us at Newtownards Police Station on the non emergency number 101”.