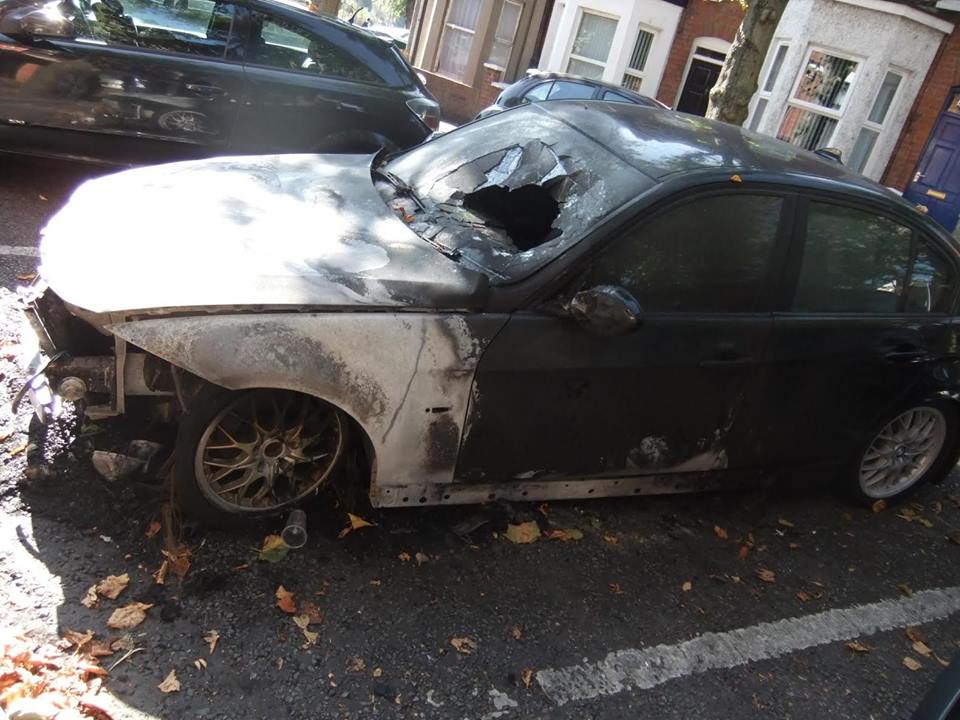 DETECTIVES have arrested a man over a dawn arson attack on two cars in south Belfast.

The car was set on fire in Palestine Street shortly after 6 am this morning.

The fire quickly spread to another car parked nearby.

Police say both cars were destroyed, and a house was also damaged.

Officers said they were looking for a man with a pronounced limp who had been seen in the area.

This afternoon, detectives from Musgrave CID arrested a 34-year-old man in the Ballynafeigh area of the Ormeau Road in south Belfast.

He is being questioned at Musgrave PSNI station on suspicion of arson.

“Local residents have been assisting in the process of identifying people that may be involved in setting fire to a number of cars in the Holyland/South Belfast area.

“Significant police resources have been deployed in the area with video capability and on the basis of intelligence received some of these locations are being reviewed to assist in the identification process. A witness has provided us with information that leads us to believe that the male involved has a distinctive limp.

“Items have also been seized that are linked to one of the incidents and the associated forensic analysis is currently being fast-tracked. There are serious risks associated with these incidents and it is extremely fortunate that no-one was killed or seriously injured this morning.

“We would ask residents to remain vigilant and to report any suspicious behaviour that they may witness immediately to police on 101. Alternatively information can be provided anonymously by contacting independent charity Crimestoppers on 0800 555 111.”