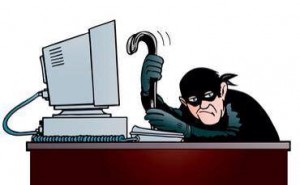 POLICE are warning about fraudsters ringing people up and telling them there is a problem with their computer.

One man told Belfast Daily of how he took once such call.

He said: “I had a phone call at my father-in-law’s home, which has no internet and the guy phone told me there was a problem with his internet and he worked with the Sky, BT and Post Office home phone and broadband technical teams.

“He told me to switch on the lap top only and google http teamviewer.com and he could sort the problem.

“I have the number he called from and contacted one of the above providers and they told me this is a new scam which has not been flagged on there system yet.”

A PSNI spokesperson said: “Often they will ask to take remote control of the computer to ‘fix’ the problem, or try to sell a download. Do not be taken in, these are bogus calls.

“The company, Microsoft, does not operate in this way.

“Even police professionals are not immune from receiving these calls, and even knowing that the call is a scam, they have seen just how persuasive the callers can be.”

The spokesperson added: “Police advice is: treat every ‘cold call’ with a degree of suspicion; keep your anti-virus software up to date; seek advice, if you need to, from reputable computer companies and repairers.”