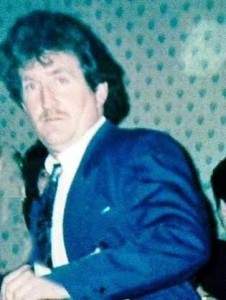 THE brother of a man murdered near Claudy 10 years ago has offered a reward of £50,000 for information leading to the arrest and conviction of anyone involved in his death.

News of the reward was announced ahead of the 10th anniversary of Patrick Devine’s murder at his home near Claudy.

The 51-year-old sheep farmer and part-time nurse was found shot dead in his home at Stranagalawilly on Monday, 13 September, 2004.

A reward of £5,000 has also been offered by the Crimestoppers charity.

Despite extensive police enquiries, including a BBC CrimeWatch appeal in 2008, no one had been made amenable for the killing.

A total of five persons have been arrested during the investigation.

He said: “I feel I owe it to Patrick and I know if it had been the other way around that he would have tried his best to get justice for me. I know it will never bring Patrick back but we need some closure”

Patrick’s mother, Katie, said although it has been 10 years since his killing, it felt as if was “only yesterday.”

Mrs Devine said: “His killing has brought nothing but sadness and heartache to myself and the rest of the family.

“Personally, it takes a lot out of me to talk about his death and I would rather not mention it. 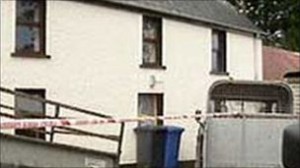 “However, you never forget and the pain is never ending. I often think about his final moments and why they had to kill him. My heart is forever broken.

“I find solace in prayer and am not angry against the people who took my eldest son from me because I know some day they also will have to answer for what they have done.

“The family would make a direct appeal to any persons who have information to come forward and help us find the truth.

“We know it will never bring our beloved Patrick back to us, but it will at least bring some closure to know that the people who committed this terrible crime are being made accountable before the courts.”

The officer now leading the enquiry, Detective Chief Inspector Una Jennings, said it was the police’s view that Patrick’s death was the result of a “contract killing.”

The scene at Patrick Devine’s home at Stranagalawilly following his murder 10 years ago.

The scene at Patrick Devine’s home at Stranagalawilly following his murder 10 years ago.

DCI Jennings said: “It is 10 years since Patrick’s life was taken from him in a brutal and calculated manner.

“Mr Devine was well known in the area, especially for his farming activities, but he also worked as a nurse at Waterside Hospital. It is fair to say that some people resented his success.

“It is the police view that Patrick was the victim of a contract killing carried out by an organised crime group with paramilitary links against a background of rumours of alleged sheep stealing and land disputes, although Mr Devine had a clean criminal record.

“A review of the case has been conducted. Additional lines of enquiry are being progressed and some forensic work undertaken. But, on this 10th anniversary, I believe it is appropriate and important for police to again ask the community for their assistance.

“I am asking people to think about what happened to Patrick 10 years ago and the brutal circumstances of his death – shot several times in the head and chest as he was having a meal in his home.

“The individuals who did this are still at large. They are dangerous and ruthless. I would appeal to anyone who knows anything about Patrick’s murder to come forward and talk to us.

“In the 10 years since Patrick’s murder, circumstances and allegiances may have changed. If anyone now feels they are able to talk to us, we are ready to listen.

“We are grateful to the family and Crimestoppers for the offer of rewards. If these are an incentive to anyone to provide information, it would be of great assistance to the investigation and provide enormous relief to the Devine family, who have endured 10 years with no closure.”

DCI Jennings said anyone with information could contact detectives at Maydown police station on 028 7137 9785 or call Crimestoppers anonymously on 0800 555 111.