THE SWISH FAMILY ROBINSON PROBE: REPORT DUE ON PETER, IRIS AND HER TOYBOY LOVER 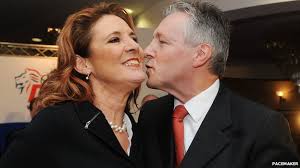 A Stormont committee is due to meet in secret today to discuss a report on Peter Robinson and his wife Iris.

The media and public are banned from attending the Standards and Privileges committee meeting.

It is being held behind closed doors at Stormont buildings.

Standards commissioner Douglas Bain – who once headed up the NIO’s Anti-Racketeering Unit – concluded Peter Robinson did not breach the assembly code of conduct.

However, it is understood say Mrs Robinson has been found to have broken a Stormont rule. 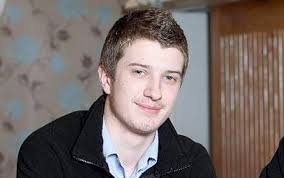 But its publication was delayed after a lawyer acting for Mrs Robinson was concerned that some material might infringe his client’s privacy and have a negative impact on her health.

Committee members were given a chance to examine the report earlier this week, but were not allowed to take copies away from the reading room.

It is understood the report has cleared Mr Robinson of any breach of the MLAs’ code of conduct.

However, it is said to have found wife Iris had broken a rule by not declaring receiving the cash from the developers and therefore risking the perception of a conflict of interests.

Mrs Robinson withdrew from public life after the scandal broke four years ago.

She declined to be interviewed by the standards commissioner Douglas Bain on health grounds.