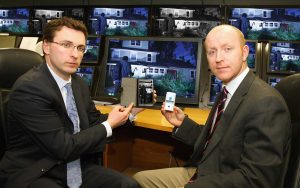 LEADING rural insurer NFU Mutual has recently confirmed that the value of stolen goods and livestock from farms increased by 15 per cent to a staggering £3.9 million during 2013.

With the Ulster Farmers’ Union President Ian Marshall describing rural crime as a ‘major issue needing to be dealt with head on’, a locally-based security company has been working hard to tackle the growing problem and protect Northern Ireland’s farmers and their property.

Mercury Security Management Ltd, Northern Ireland’s biggest independent security company, has developed a solution that it claims will protect even the most rural of areas, delivering a faster police response to catch lawbreakers in the act and prevent loss or damage to property and animals.

The Mercury Eye is a security camera that operates wirelessly in all types of weather and that doubles up as an alarm to detect intruders and, once triggered, transmit a live visual feed to Mercury’s award-winning monitoring centre.

The camera does not require electricity or broadband so can be utilised in the most remote areas.

Once an intruder is detected and visually verified by the Monitoring Centre, the police will be informed immediately, enabling them to send a patrol out quickly to the property and make arrests if the intruders have not already been scared off by a verbal warning via an in-built speaker system or a number of audio warnings, sirens or flashing lights.

A residential version known as Home Watch is also available which protects homes and transmits a live visual feed to the resident’s smart phone or to Mercury’s monitoring centre. 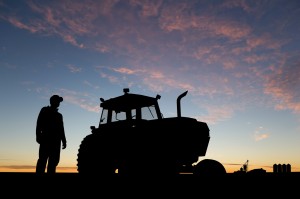 “We’ve heard of tractors stolen in Northern Ireland turning up in countries as far away as New Zealand and with modern day tractors costing up to £100,000, it’s no surprise to hear that rural theft cost the local farming community almost £4 million last year.

“Livestock, tractors, trailers, horse boxes, valuable machinery and tools are often left in unsecured or remote locations so it is important that these assets are properly monitored and protected.

“Our Mercury Eye and Home Watch cameras will detect intruders, visually record them and transmit live moving images in real time to enable our monitoring staff, farmers themselves and the police to act quickly to protect the property and catch the criminals in the act or scare them off,” he added.

“Our solution guarantees farmers and property owners peace of mind and 24-hour monitored security of their assets, while also saving them over 80 per cent on traditional security costs and lowering insurance costs.

“There has never been a more effective deterrent to prevent property theft and vandalism in Northern Ireland, and the good news is that the Mercury Eye costs around the same as a blind alarm system, making it affordable for even the smallest farm, business and home owner,” concluded Mr Cullen.

The visual confirmation alarm system uses up to 24 cameras which can be set up outdoors or indoors and is effective anywhere, including farms, construction sites, factories, vacant real estate, railway tracks, roads, motorways, offices and foreclosed properties where all the utilities have been disconnected – as well as residential homes and holiday homes.

For more information on the Mercury Eye and other security options, including a free survey, farmers or property owners should call Mercury’s business development team on 028 9262 0510.