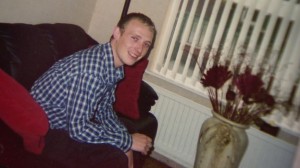 EIGHT police officers – including two inspectors – have been disciplined over a botched search for a missing man who was later killed by a train.

Jonathan Magee, 29, was killed when he walked in front of a train at Knockmore Bridge near Lisburn on Saturday, 29 January 2011.

He also said it lacked communication between the officers involved and largely ignored the procedures in place for such issues.

“Although they were told Jonathan was at ‘high risk and suicidal,’ it took police almost seven hours to formally make this assessment themselves and then having done so, they largely ignored it,” Dr Maguire said.

“Minimal inquiries were conducted into Jonathan’s whereabouts in the last few hours of his life. A number of opportunities to find him and return him to the hospital were missed.”

Mr Magee had a history of mental illness and, in the week prior to his death, police had searched for him after his family had said they were concerned for his safety.

On another occasion police found him and took him to Whiteabbey Hospital. Later that day, he was taken to Lagan Valley Hospital, then transferred to the Mater Hospital, where he later discharged himself.

On the morning before his death, Mr Magee’s sister phoned the police to say she was concerned for his safety as he was missing, suffered from depression and had tablets in his possession.

Police then visited his sister, checked at his home and in the immediate area, checked with the Mater, the Lagan Valley, the Royal and the City hospitals and circulated his description.

At 2.28pm, Mr Magee phoned police to say he was in Cavehill Park in Belfast, had taken an overdose and had cut his wrists.

Police went to the park, found him and arranged for an ambulance to take him to the City Hospital.

They went to the hospital and stayed there for a short period, until they learned that the medical staff planned to detain him.

However, 1 am the following morning, Mr Magee still had not been detained.

At 1.13 am, police were called by a nurse to say he had walked out of the hospital. The nurse said he was standing on the Donegall Road, said she was concerned for his safety and asked that police come and pick him up.

The officer who took the call circulated Mr Magee’s details to police in the area but did not link it to the previous incidents, did not send a police vehicle to get him and did not initiate any proactive inquiries to find him.

“This officer did not ask for even the most basic of details, such as Jonathan’s name, address and why he was being treated in hospital,” the ombudsman said.

“Even this information alone would have allowed him to connect the call to the previous incidents and correctly identify Jonathan as a ‘high risk’ missing person and initiate an appropriate investigation.”

At around 3.30 am, police officers attending the City Hospital on another matter were approached by hospital staff concerned about Mr Magee, who they described as at “high risk and suicidal”.

This information was related back to PSNI’s Belfast control room.

The police later visited several addresses. They did not, however, check Mr Magee’s home properly, the ombudsman said.

“They spent more than two hours waiting for the specially trained officers and equipment needed to force an entry into his home, only to find that the rear door to the property had been open all the time,” Dr Maguire said.

Just after 8 am police had made the connection with the previous incidents that week concerning Mr Magee. It was only then that they formally recorded him as a missing person.

They visited a number of locations, checked with the City Hospital again and made at least five attempts to contact his mobile number

It was not until shortly after 11 am, more than nine hours after they had received the call from the nurse, that police formally assessed and recorded Mr Magee as being at high risk.

Dr Maguire described the length of time it took the police to make this assessment as an unacceptable, significant failure.

“Under police procedure, officers should contact a detective inspector when they have been alerted to a ‘high risk’ missing person. That inspector would then have responsibility for the investigation from that point onwards.

“That did not happen, nor did they start a proper missing person investigation.”

By noon, police managed to contact Mr Magee on a mobile phone.

Records indicate that there was a lot of traffic noise in the background and that his words sounded slurred, as if he had taken alcohol or medication.

Mr Magee said he had walked to Bow Street Mall in Lisburn and was now tired. He said he did not want to meet the police but suggested they phone him back at 6pm.

“The officer who took the call did not inform the duty inspector of its contents, which would have allowed him to make a fresh assessment of the situation.

“Instead, as a result of this phone call, police decided Jonathan was no longer at a ‘high risk’. This was a mistake: a phone call was not sufficient grounds to make such a decision.

“Police did not use technology to try and establish an area where Jonathan’s phone had been or, now that he had indicated he was in the Lisburn area, conduct any further searches.

“The only other inquiries they made were to re-circulate his description, call at his mother’s address and recheck the home of one of his friends,” said Dr Maguire.

At 5,15 pm, police received a report that a man, subsequently confirmed to be Jonathan, had been hit by a train at Knockmore, near Lisburn.

Responding to the report, PSNI Supt Mark McEwan said: “On behalf of the Police Service of Northern Ireland I apologise unreservedly to the family of Jonathan Magee for the police failings in this case and how it was investigated.

“This report is significant and challenging for the PSNI and one which we take very seriously.

“In order to reassure the public I want to make it clear that we have already implemented a number of the recommendations made by the ombudsman.”