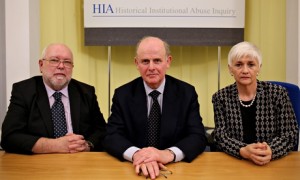 The second phase will focus on a migration programme which involved the transport of children from institutions in Northern Ireland to Australia.

Proceedings will begin with a short opening address from the Inquiry’s Chairman, Sir Anthony Hart.

This will be followed by an opening address from Senior Counsel to the Inquiry, Christine Smith QC.

She will provide a general overview of the structure of the module, and the issues and questions which it will be addressing.

In the afternoon, the Inquiry’s assessors, Dr Margaret Humphreys CBE OAM and Dr Ann McVeigh, will give evidence.

They both have particular knowledge of child migration from Northern Ireland to Australia.

Module 2 is expected to continue for three weeks, during which evidence will be heard from 50 individuals who are now resident in Australia and were former residents of institutions in Northern Ireland and were sent to Australia as part of a child migration programme.

A number of witnesses are scheduled to give their evidence in person.

However, in most instances, their evidence will be heard via video-link. In some instances, where a witness is not giving oral evidence, their written statements will be read out in public session.

The former residents of Northern Ireland institutions who have been asked to provide oral evidence during this module have been chosen because they can describe the events which occurred to them before they left Northern Ireland to be sent as child migrants to Australia.

A total of 66 applications (including 1 duplicate application) were received from Australia in respect of those who were former residents of institutions within Northern Ireland.

A team from the Inquiry and its confidential Acknowledgement Forum visited Australia in 2013 and 2014, during which interviews were conducted.

Documentation examined by the Inquiry has revealed that approximately 140 young children from Northern Ireland who were in the care of voluntary institutions, or state bodies, were sent to Australia as child migrants between 1922 and 1995, those being the years with which this Inquiry is concerned.

The Historical Institutional Abuse Inquiry was formally established in January 2013 by the Northern Ireland Executive.

It has a remit to investigate child abuse which occurred in residential institutions in Northern Ireland over a 73-year period up to 1995.

In total, the Inquiry is expected to hear from more than 300 witnesses during the course of the public evidence sessions.

Under the Inquiry’s Terms of Reference, the Inquiry is required to complete its hearings and all investigative work by mid-summer 2015, and has to submit its report to the Northern Ireland Executive by 18th January 2016.

However, on 18th June 2014, Sir Anthony Hart, Chairman, met with Ministers in the Office of the First Minister and deputy First Minister to seek an extension of one year to the date by which the Inquiry must submit its report. If granted, this would mean that the report would be submitted by January 2017.

To date, 523 individuals (excluding duplicate applications) have made a formal application to speak to the Inquiry and/or its Acknowledgement Forum.

Most of the applications (330) have come from individuals residing in Northern Ireland.

The Inquiry’s Acknowledgement Forum has now met with 416 applicants.

A total of 13 institutions in Northern Ireland are currently under investigation by the Inquiry in relation to allegations of historical institutional abuse and/or neglect. In due course, the Inquiry may decide to investigate other institutions.

The other members of the Inquiry are Geraldine Doherty, who was formerly the Head of the Central Council for Education and Training in Social Work in Scotland, and David Lane, who was formerly Director of Social Services in Wakefield, West Yorkshire, England.