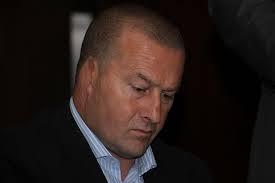 A UDA brigadier and two leading associates were remanded in custody today over a bid to murder two renegade rivals.

On Wednesday night, former Irish league footballer Boreland and Shoukri were driving through Carrs Glen in north Belfast when their car was attacked with a breeze block.

When they stopped and got out to investigate, Boreland was fired as he took to his heels, sustaining gunshot wounds to his thigh.

The murder bid was part of an escalating feud in north Belfast between the mainstream UDA and a renegade faction trying to topple it from power.

They were charged with trying to kill Boreland and Shoukri and also possession of a firearm with intent to endanger life.

The trio were remanded in custody to the high security Maghaberry prison.

The remanding of Bunting to custody means that he now has to stand down as UDA brigadier.

It will be to the UDA Inner Council, led by south Belfast brigadier Jackie McDonald, to appoint his replacement.