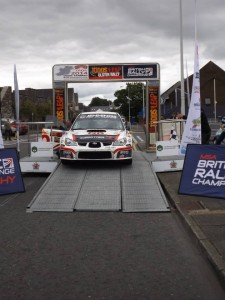 RALLY drivers are in mourning after a competitor at the Ulster Rally was killed this afternoon in a crash.

In a statement, the Northern Ireland Motor Club Ltd said: “A fatal incident involving a competitor has occurred on special stage 3 of the Ulster Rally.

“No other parties were involved.”

It is believed the accident happened near Fivemiletown.

The driver’s name has not yet been released.

The remainder of this year’s rally has been cancelled as a mark of respect to his family.

In a statement organisers said: “As a mark of respect to family and friends of the competitor who was involved in today’s fatal accident in the Ulster Rally, we have decided to cancel the remainder of the 2014 event. ”

There are no further details at this stage.


0 Responses to TRAGEDY AS DRIVER KILLED IN ULSTER RALLY