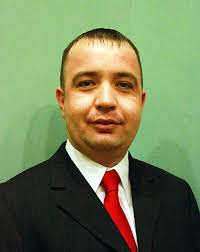 AN SDLP councillor has described as “totally reckless’ an arson attack on a family’s car at the weekend.

Cllr Brian Tierney was speaking after a red BMW was set on fire at Sandale Park in the Ballyarnett area of Derry at around 7.30 am yesterday.

Describing the incident as “awful,” Cllr Tierney said those responsible had “no thought or consideration” for the owner of this vehicle or the wider sandbank community.

He added: “To deliberately cause destruction to a family is totally reckless.

“Never mind the fear and stress that the family must have felt when they woke to see their car in a ball of flames.

“Thankfully no one was hurt in this attack but that is just down to luck this time and if these attacks continue we could be dealing with a tragedy.

“I and others have said it before but once again this type of activity is not welcome in this area people go out and work to pay for their car and to come along and burn it in a matter of seconds is not on.”

Cllr Tierney concluded: “I totally condemn those behind this attack and appeal to anyone with any information to contact the PSNI so that the culprits of this crime can be brought to justice.”