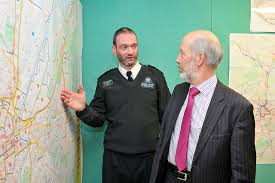 THERE has been been widespread condemnation of a spate of race hate attacks in east Belfast which police say were “orchestrated”.

The attacks were carried out by masked men on the homes and property of Romanian and Slovak families.

It is the latest in a series of attacks on foreign national families including Poles and Nigerians in recent months as part of a UVF-inspired ‘ethnic cleansing’ campaign.

Homes and cars were attacked and racist graffiti daubed on gable walls near Chobham Street and at a junction of Elmdale Street and Bately Street.

The windows of two houses in Bloomfield Avenue and Chobham Street were smashed overnight. Paint was also thrown over the second property.

Two cars were damaged in Rosebery Street and Ravenscroft Street.

A group of men were seen running off towards the Ravenscroft area shortly after the graffiti appeared.

The vehicle that was attacked in Rosebery Street was covered in paint and all of its windows were broken.

Police said the attacks took place some time before 10;50 pm on Monday.

Supt Mark McEwan said the attacs were clearly racially motivated and designed to intimidate and scare people living within those homes.