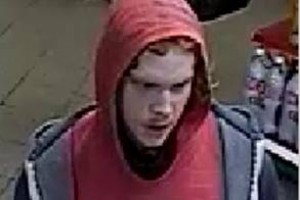 Police believe body found is that of missing Michael Hanna

POLICE have found the body of a man in his 20s.

The remains were found in Ballymoney, Co Antrim this evening and PSNI officers are working on the theory that it is that of missing Michael Hanna.

However, police can’t confirm it is Mr Hanna until formal identification takes place.

The body has not been formally identified at this stage though the death is not being treated as suspicious.

For guidance, subject to formal identification, police believe this may be missing person Michael Hanna.

The 24-year-old went missing last week prompting police to issue a photograph of Michael saying his family were “increasingly concerned” for his welfare.

Michael, who is from Ballymoney, was last seen in the town on last Wednesday morning between 10.30am and 11am in the Westgate area.

He was described as follows:

He was believed to have been wearing grey trousers, a red hooded top with a white stripe on the chest, a zip-up blue hooded cardicgan and white trainers.