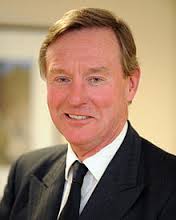 A Minister at the Northern Ireland Office has quit his post after just nine months.

Andrew Robothan moved from his post as Armed Forces Minister to act in support of Secretary of State Theresa Villiers in October last year.

However, last night he resigned his position.

As yet, no announcement has been made of his replacement.

Mr Robothan is the MP for South Leicestershire and lists Northern Ireland among his political interests.

Mr Robothan, who has been an MP since 2002, had replaced Mike Penning after he was promoted to junior minister in the Department of Work and Pensions.


One Response to NIO MINISTER QUITS IN CABINET RESHUFFLE