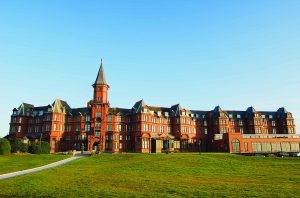 But his army of fans can still enjoy a live performance of his songs, courtesy of the Slieve Donard Resort and Spa this weekend.

“We know that thousands of fans have been left disappointed after this week’s turn of events but we’re delighted to offer some of them the chance to sing along to their favourite Garth tunes this weekend at the Slieve Donard Resort and Spa.

“Jason Hughes is renowned for being one of the world’s best Garth Brooks tribute acts. He always puts on a fantastic, lively performance and never fails to get the whole audience up off their seats to dance and sing along.

“Tickets for the show have been selling steadily over the past few weeks but there are still some available so fans should book quickly!”

Tickets are available for only £12 per person and can be purchased online at www.hastingshotels.com/usatributetickets, online at Ticketmaster or at any Ticketmaster outlet or directly at the Slieve Donard, tel 028 4372 1066 or at the door.