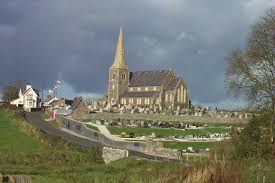 THE Parades Commission has performed a dramatic U-turn on a contentious Orange Order parade in Portadown on Saturday.

Now it has decided it cannot pass along what it called the “lower stretch of the Garvaghy Road”.

The organisers, the Parkmount Arch Committee, applied for two bands and 200 people to march from Portadown centre to Victoria Terrace.

Nationalists and the Garvaghy Road Residents Coalition objected and described the march as “provocative”.

The Parkmount Arch Committee had applied to hold the march to Victoria Terrace to dedicate a new arch.

It is understood it will be dedicated to a local Orangeman whoNationalists, including the Garvaghy Road Residents Coalition, had objected to the route.

The Parades Commission says it has reviewed its initial ruling and said it was “prohibiting the procession from the lower stretch of the Garvaghy Road, past Victoria Terrace”.

Instead, the commission has decided that the parade should turn left from Shillington’s car park onto Castle Street.

“The commission would like to reiterate that this parade does not involve that stretch of the Garvaghy Road which has been subject to restriction since 1998.”

In the determination, the commission said it “received fresh information in respect of the interests of migrant population in the area”.

Orangemen have been banned since 1998 from going down the Garvaghy Road after their march from Drumcree church on the first Sunday of July.