DRUG KINGPIN STRIPPED OF HIS ASSETS 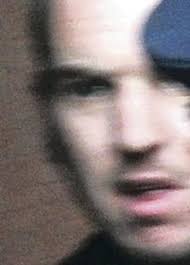 A 34 year old man already serving a jail term for drugs and money laundering offences was today stripped of all his assets by a court.

As a result, Mark McPhillips has been left with virtually nothing to his name and a Confiscation Order for more than £1 million hanging over him.

McPhillips was caught red-handed with £800,000 worth of cannabis in the Glengalliagh area of the city in May 2012 and sentenced to seven years last November. He was driving a hire van carrying kitchen units. When police examined the units, they found bags of herbal cannabis worth £800,000 which had been imported from Holland.

A court in Londonderry today granted a confiscation order outlining McPhillips’ benefit from criminal conduct as £1.04 million. McPhillips was ordered to hand over any realisable assets, amounting to just £1,870.54, towards the confiscation order within six months or face a further custodial sentence of not more than 45 days.

The judge also imposed a Serious Crime Prevention Order which restricts the movements and activities of McPhillips for five years after he is released from prison.

The Confiscation Order was made under the Proceeds of Crime Act following an investigation by detectives from Organised Crime Branch.

Detective Inspector Tom McClure, from Organised Crime Branch, said: “This financial investigation was based on the value of drugs McPhillips was caught trafficking, the extent of his money laundering through Northern Ireland accounts, property and vehicle purchases as well as further unexplained lodgements made to accounts in the Republic of Ireland. The current value of his criminality was calculated to be £1.04 million.

“Whilst in custody, McPhillips failed to maintain payments in relation to various properties resulting in further civil action which ultimately led to bankruptcy and repossession proceedings. Added to this, McPhillips’ BMW X5, which had been used in the commission of his crimes, was subject to a disposal order with proceeds of more than £13,000 going to charity. As a result of these penalties, McPhillips only had assets totalling £1,870 remaining in his name.

“Due to his criminality McPhillips is serving a custodial sentence and has been left homeless, car less, penniless and bankrupt. He has a million pound outstanding confiscation order hanging over him. Should he at any future date be found to have assets of any substantial value, whether obtained legitimately or not, he will be returned to court to be made to pay the confiscation order with these assets.

“Detectives in Organised Crime Branch will continue to use every lawful opportunity to ensure individuals playing leading roles in organised crime lose not only their liberty but also their wealth.

“I would encourage anyone with information about drugs to tell police. We will act on that information and work to ensure that no one benefits from the misery caused by drugs.”


2 Responses to DRUG KINGPIN STRIPPED OF HIS ASSETS