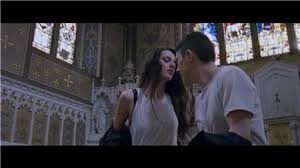 PARISHIONERS are furious after a music scene was shot inside a Catholic Church showing a partially-clothed couple kissing on the altar.

The scene, shot at the Good Shepherd Church on Belfast’s Ormeua Road, has now been removed from the music video Half Light after priests complained.

One church goer said: “I am deeply offended. Some people have no respect for the sanctity of the church.

“What made these people think it was acceptable to do this on an altar?”

The scene filmed in the Good Shepherd Church was edited out of the video.

The diocese of Down and Connor said parish priest Fr Patrick McKenna was distressed that the scene had been shot without his permission.

“The behaviour in the video was a desecration of the church and caused most grievous distress to the parish priest,” a church statement said.

“If viewed by the parishioners it would cause severe hurt and distress to the wider parish community. 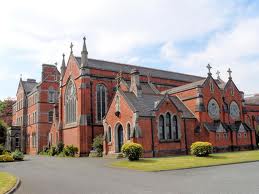 “For these reasons, to protect the church and its parishioners, the Diocese of Down and Connor immediately brought these concerns to the attention of the distributors and creators of the material.”

The diocese said it had not granted permission for a scene of that nature to be filmed in the church.

“No permission was either sought or granted to film the interior of the parish church within the context of any conduct or activities that were not relating to prayer or homage and in accordance with the sanctity of the church,” it said.

Half Light reached number 25 in the UK music chart earlier this month.

DJ Wilkinson’s video Half Light was shot at various locations in Belfast.


One Response to CHURCH FURY OVER SEX VIDEO SHOOT ON ALTAR