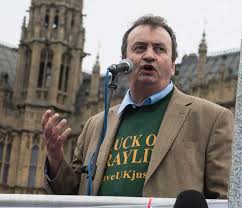 ONE of the men cleared over the Guildford Four pub bombings 30 years ago has died.

Gerry Conlon, who spent 15 years in prison for an IRA crime he did not commit, has died at the age of 60 at his home off the Falls Road in west Belfast.

He had been battling illness for a long time.

He was one of the Guildford Four, whose convictions were quashed by the Court of Appeal in 1989.

The Guildford Four  case was highlighted in the 1993 Oscar-nominated film In The Name Of The Father, starring Daniel Day-Lewis.

Mr Conlon’s father Giuseppe was arrested when travelling to London from Belfast to help his son.

He died while serving his sentence in prison.

Mr Conlon died at his home in the Falls Road area of west Belfast after a long illness.

In a statement issued through his lawyer Gareth Peirce, Mr Conlon’s family said: “He brought life, love, intelligence, wit and strength to our family through its darkest hours.

“He helped us to survive what we were not meant to survive.

“We recognise that what he achieved by fighting for justice for us had a far, far greater importance – it forced the world’s closed eyes to be opened to injustice; it forced unimaginable wickedness to be acknowledged; we believe it changed the course of history.

“We thank him for his life and we thank all his many friends for their love.”

In 2005, the then Prime Minister Tony Blair apologised for the miscarriage of justice.