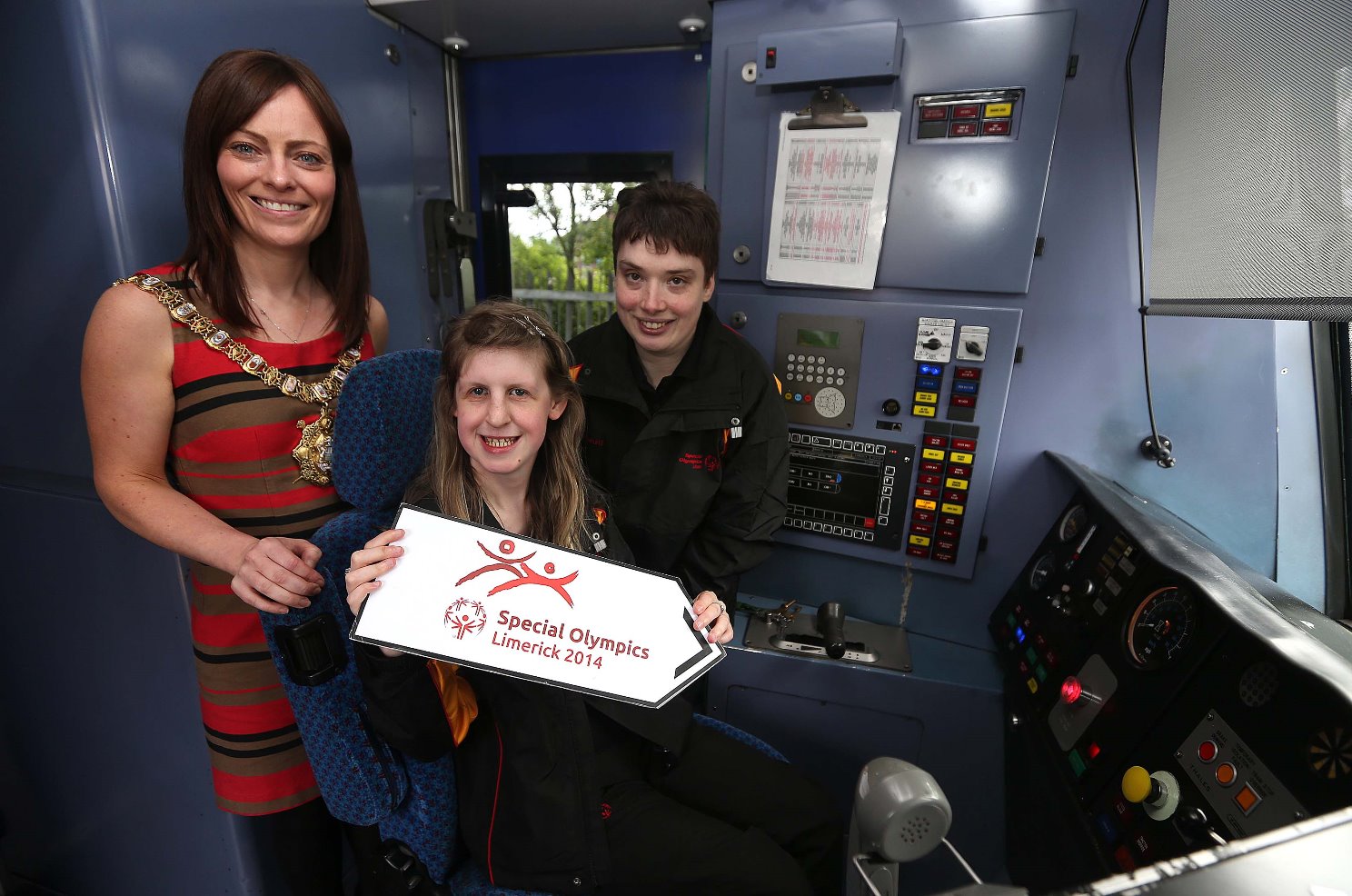 ALL ABOARD: Lord Mayor, Nichola Mallon, Phoebe Dalrymple and Stephanie Kennedy are in the driver’s seat on the way to the Limerick Games. Over 100 Special Olympic athletes, coaches and volunteers from Team Ulster boarded a train from Belfast Central Station to Limerick today as they prepare to take part in the 2014 Special Olympics Limerick Games from June 12 – 15. The athletes were waved off by Lord Mayor of Belfast, Nichola Mallon, Regional Director of Special Olympics Ulster, Shaun Cassidy and representatives of the Law Enforcement Torch Run (LETR) including, Assistant Chief Constable, Will Kerr and four PSNI officers. 241 athletes from Ulster will be taking part in the games which is one of the largest sporting events taking place in Ireland this year, with over 1,500 athletes from right across Ireland taking part. Keep up to date with all the action and follow their progress on Twitter twitter.com/SO_Ulster or Facebook facebook.com/SpecialOlympicsUlster