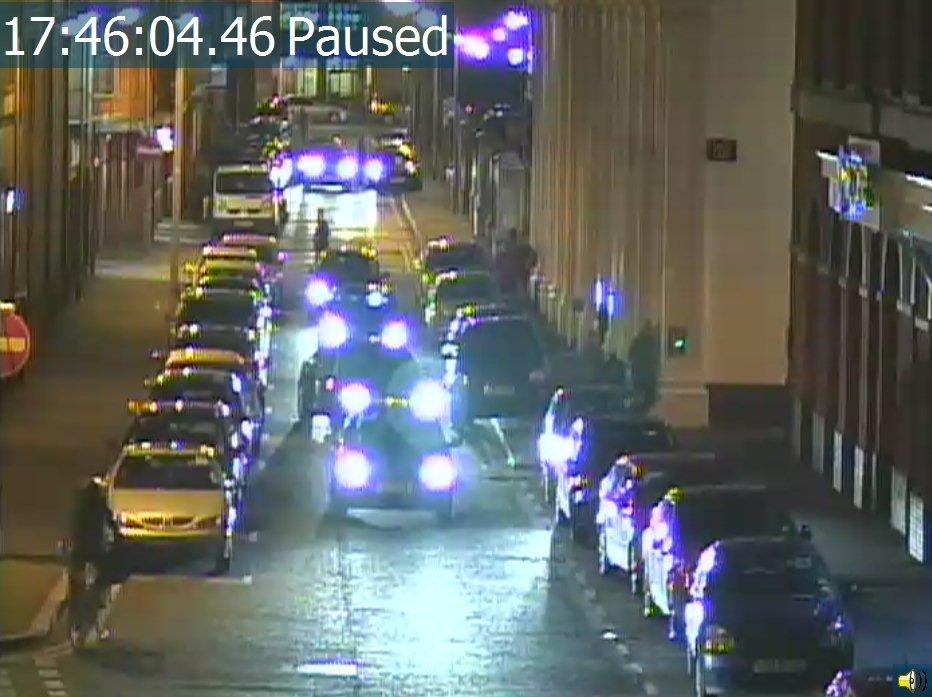 DETECTIVES from the PSNI’s Terrorist Investigation Unit have released a 41-year-old man arrested over the Christmas bomb attack in Belfast’s Cathedral Quarter.

Police say a file on the man will be sent to the Public Prosecution Service for consideration.

The bomb was left in a holdall in Exchange Street West where it exploded shortly before 7 pm on Friday, December 13 when the area was busy with Christmas revellers.

The bomb exploded as the area was being cleared by police.

Fortunately no-one was injured when the device detonated.

About 1,000 people were forced to flee restaurants and bars as the Cathedral Quarter and surrounding area was evacuated.

A warning about the bomb had been given.

However,  police said it was left at a different location to that named in a telephone call to a newspaper.