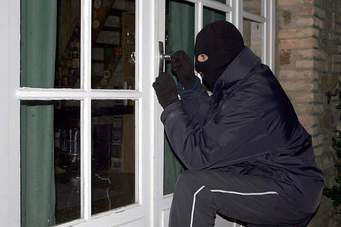 DETECTIVES are investigating the report of an aggravated burglary at a house in the early hours of this morning.

It happened in the Ashwood area of Lurgan, Co Armagh.

According to the PSNI, officers were alerted shortly after midnight that two men armed with a knife and a firearm entered the house and threatened the female occupant who was at home with two young children.

The house was searched and a number of items taken before the men made off on foot.

The first man was described as being in his early 20’s, around 5’11” tall, thin build and was wearing a peach coloured jumper and was carrying a knife.

The second man was described as being in his late 20’s, around 5’6″ tall, stocky build and was reported to have been carrying a gun.

The woman and children were not harmed by the men but were left badly shaken following the incident.

Detectives would ask anyone who noticed any suspicious activity in the area or who has any information to contact them in CID at Lurgan on the non-emergency number 101.


One Response to FAMILY TRAUMATISED AFTER ARMED MEN STORM HOME