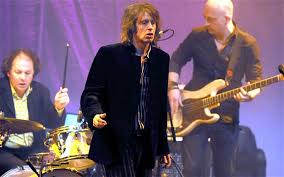 British Amateur Golf Championship, Royal Portrush & Portstewart Golf Clubs, Co. Londonderry & Co Antrim, June 16-21. One of the biggest and most prestigious amateur events in the world with 288 players competing in a mixed strokeplay and matchplay format.

Wilde About the Boy, Linen Hall Library, Belfast, June 18. Olivier nominee Gerard Logan delivers a dramatic interpretation of the letter Oscar Wilde wrote in 1897 from his jail cell to his lover giving a glimpse into the tortured soul of one of the greatest writing geniuses.

Legenderry Maritime Festival 2014, Queens Quay, Derry~Londonderry, June 21-29. The week-long festival will welcome the return of the Clipper Round the World Yacht Race. The Foyle Quay will transform into a summer promenade with race village, marine marquees, continental market and much more.

King Conor’s Supper, Navan Centre & Fort, Armagh, Co. Armagh, June 21. Take a step back in time for an entertaining evening with supper held in the feasting hall filled with music from the Armagh Rhymers, stories from his bards and of course lots of cheering and laughter.

Cavan Burren Park Midsummer Festival, Marlbank Scenic Loop, Florencecourt, Co. Fermanagh, June 21. Bring the family along for a fun day of guided walks, face painting and activities as well as discovering the rich archaeological and geological sites and spectacular views that the area has to offer.

Bikes, Beach &BBQ Picnic, Seapark, Holywood, Co. Down, June 22. Hop on your bike for an afternoon cycle from Belfast’s Big Fish to Seapark where you can relax and bring your own picnic or BBQ food (BBQ’s are provided).

Clearsky Game of Thrones Archery, Castle Ward Estate, Strangford, Co. Down, June 22. An exact replica of the Winterfell Archery Range has been masterfully recreated on the very spot filming took place to allow fans to dress up and be transported into the world of Westeros.